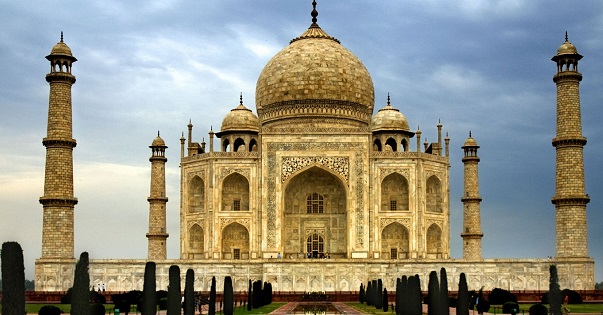 “It is not that everything remains to be done in India, but it is a country that grows every month, so that any project becomes small and has to be expanded,” Spanish Embassy in New Delhi Commercial Attaché Carlos Jiménez comments on the huge niche market opening in India for Spanish companies with new PM Narendra Modi.

Everyone wants to grow in India, but it is very difficult to bring together a country that is not one country but 28, still develops Soviet-like five-year plans, and has communist and Maoist governments in Kerala and Bengala, respectively.

Mr Modi took office with the help of the Indian market makers. “India Inc., as the business community is termed here, is quite upbeat. They have seen the incentives and easing of norms in Gujarat to make it investment-friendly and expect that Modi will follow through with that on a national scale,” Srikanth Vasuraj, a Bangalore-based consultant, explains to The Corner.

Spanish companies have been sailing in this economic and political puzzle since mid 90s, although their real emergence in India came after the financial crisis burst in 2008, as reported by the Spanish commercial office. Back then there were only 80 firms based in the country, whereas today they are almost 200. Spanish investments only mean 0.65% of India’s total but Spain is on the 12th position in the ranking, before Italy, Australia or Canada.

“There is a huge need for infrastructure and power generation across India- the latter is about one-fifth of what the country needs. This is where overseas companies, including Spanish, will see significant opportunities,” Srikanth Vasuraj said.

As for the infrastructures sector, all Spanish companies have presence in India, except Abertis and Ferrovial. The most outstanding is Isolux, the first European developer of large projects which was awarded the concession of 700 km four toll roads in India since year 2009. Prospects for the sector are huge since the new government plans to build 50 underground networks, including Bombay’s. Furthermore, they will bet on high speed to promote the country’s rail network.

Spanish Gamesa became the leading wind power company in India in 2013, beating the domestic manufacturer Suzlon for the first time, with a market share of 19%. India is the second biggest market in Asia and the world’s third having 1,987 MW installed.

Technological firm Indra has modernized all India’s airports infrastructures, currently controlling 80% of its airspace safety. This mean a first-class milestone in a technological leading country with its own Silicon Valley in Bangalore.

The Borges group, specialized in the olive oil production, leads this segment, even over Italy. Via its 100% owned India’s subsidiary, olive oil is increasingly introducing the national daily diet, of course in high purchasing power spheres.

Car manufacturing was the first industry entering India’s market. This may explain the car components firm CIE Automotive has been listing in Bombay’s stock exchange for a year in an strategic alliance with national Mahindra.

Spanish companies usually target the Asian country’s upper-middle class, whose capacity to consume increase with no cease. This market moves from 50 to 300 million people, depending on the product or service.

However businessman Srikanth Vasuraj refines these figures: leaving aside wealthier classes and focusing only on middle ones the real potential market in India is of about 600 million people. Furthermore, over 30 million of small and medium size companies need products and services to improve their competitiviness and productivity.

Be the first to comment on "Spanish companies take Modinomics pace"