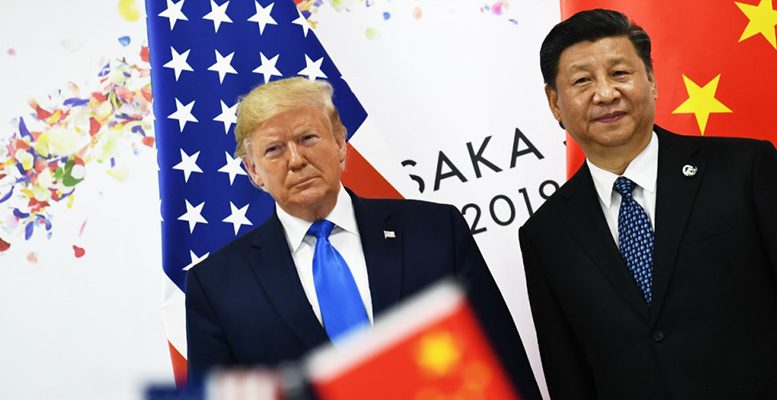 Yves Bonzon (Julius Baer) | The tensions between Washington and Beijing seem to be increasing almost every day. After the US administration ratcheted up its criticism of China’s response to the coronavirus outbreak, trade tensions have again heated up. News has emerged that China would like to renegotiate the phase-1 trade agreement signed earlier this year as it is increasingly viewed as unfair domestically. This has categorically been ruled out by US President Donald Trump. The US administration has added fuel to the fire by moving to prevent chipmakers using US technology from supplying Huawei and its affiliates, once again accusing the company of being a security threat. Meanwhile, Hong Kong protesters have held their biggest rally this year after China passed a national security law. More demonstrations are very likely and will be adding another front to the tensions between Washington and Beijing. The escalating Sino-US tensions are hardly a coincidence. As the date of the US presidential election approaches and given the increasing anti-Chinese sentiment in the US, increasing pressure on China may be the Trump administration’s preferred strategy to distract from its sub-optimal coronavirus response. We do not expect the situation to get out of hand at this stage. This view is obviously shared by the markets, which have looked through this so far.

RACE FOR A VACCINE

The geopolitical rivalry between Washington and Beijing also extends to the race for a vaccine. Developing a vaccine is crucial as it would help the global economy recover faster from the slump in the first half of this year. And it would give a particular boost to the country that develops it. Dozens of vaccine projects from Chinese, European and US companies are underway and some are already in human trials. Equities got a boost last week spurred by reports of early positive results in a US biotech firm’s coronavirus vaccine trial. Meanwhile, Chinese President Xi Jinping, seemingly seeking to defuse criticism of the country’s response to the pan- demic, has pledged to make its coronavirus vaccine a “global public good” as soon as one is available. This is nothing new as the EU’s own proposals have struck a similar tone.

NO SIGNS OF A SECOND WAVE YET

Further moves to ease coronavirus lockdowns in major economies have clearly outweighed concerns over the escalating Sino-US tensions. Infection rates in all economically important countries have continued their downward trend. Countries that are more advanced in this process and have therefore started to reopen their economies earlier have not seen signs of a second wave yet. This encourages others, such as hard-hit Italy and Spain, to also accelerate the reopening of their economies. In the US, which is lagging behind Europe, President Trump is also calling for the country to fully reopen, but some governors would prefer the infection rates to first slow down further. While we are not experts in assessing whether it is the right thing to do from a pandemic point of view, it is certainly the right thing to do from an economic perspective

With the economy struggling to recover from the slump triggered by the pandemic, some US government and central bank officials have suggested that the US economy is very likely to need more fiscal and monetary stimulus. While Congress passed a USD 2.2 trillion stimulus package in late March, the House of Representatives approved an additional USD 3 trillion stimulus package only about two weeks ago. However, some Republicans, who are in control of the Senate, and President Trump are currently opposed to another package and, at first, appear to prefer an evaluation of the impact of the measures already adopted. Should the economy not recover well in the run-up to the US presidential election on 3 November, the US administration is very likely to drop its opposition to another stimulus package, which would increase Donald Trump’s re-election chances

In the last few weeks, credit spreads have tightened further, supported by the relaxation of the coronavirus lockdowns in major economies. Consequently, credit investments have further outperformed government bonds, vindicating our stance to stick to this segment, particularly in the current low-yield environment. Given the decided economic support measures, credit spreads are still attractive as they have only partially recouped their spread widening in March. Investment-grade bonds are additionally bolstered by the US Federal Reserve’s and the European central Bank’s bond buying programmes. Nevertheless, the bankruptcy of a major US car rental company reminds all of us of the importance of credit selection