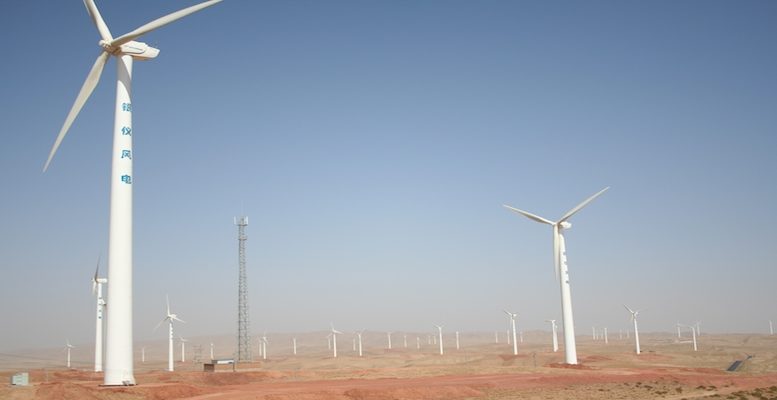 Renewable energy accounted for nearly a quarter of China’s power generation last year, even as wind and solar farms with 39 billion kilowatt-hours of capacity sat idle due to poor planning in the rush to meet Beijing’s ambitious green energy targets, the National Energy Administration (NEA) said.

Hydropower was the biggest contributor among major renewable energy sources, accounting for about one-fifth of China’s electricity in 2015. Another 3.3 percent of the nation’s power came from wind farms, 0.7 percent from solar farms, and 0.9 percent from biomass power plants, according to a report released by the energy department on August 23.

China has used generous incentives to build up renewable energy sources like solar and wind, as part of an effort to clean up the country’s air and reduce its dependence on coal. But insufficient planning by many plant builders, eager to meet government objectives and receive financial incentives, means that many projects are difficult or unsuitable for connection to the national grid.

Wind turbines that can produce 33.9 billion kilowatt-hours of power sat idle last year, with almost 40 percent of those in the northwestern Gansu province, 32 percent in Xinjiang and Jilin and 21 percent in Heilongjiang, the NEA report said.

Solar power generation facilities with nearly 5 billion kilowatt-hours of capacity also sat offline in 2015, the energy department said. More than one-third of the power plants were in Gansu and 26 percent were in Xinjiang.

The poor planning that has left so much capacity idle means the government’s goals for non-hydro renewable energy may fall behind its ambitious targets for 2020, analysts said. According to a directive by the NEA in February, the central government aims to increase the percentage of non-hydro renewable power generation to 9 percent over the next five years.

This means the usage of wind, solar and biomass power has to increase by 0.8 percentage points annually on average, which would be hard for some local governments due to weakening power demand amid the economic slowdown, analysts said.