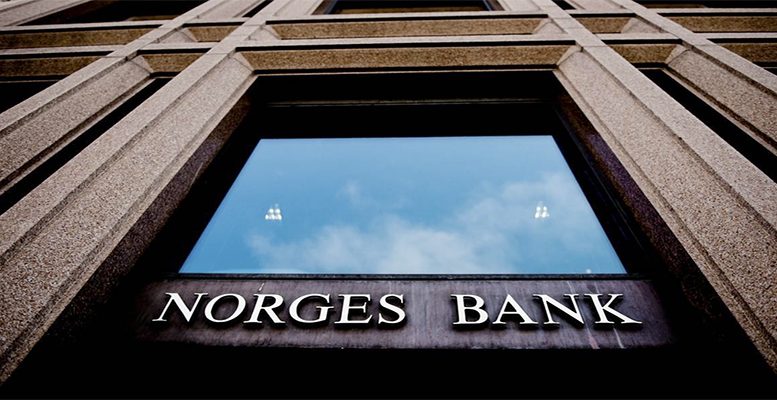 The commercial tensions between the US and China and the signs of a slowdown in China will surely serve in 2019 to justify the return of volatility to markets and conceal an aspect which, for Intermoney, will again be really important at the beginning of 2019: the movements of sovereign funds.

The latest data from the end of Q218 recall the importance of the sovereign funds linked to the production of oil and gas in certain countries, given that they account for 54% of the 7.82 trillion $ held by all sovereign funds at a global level. The reality is that is that after a year of stabilisation like 2016, the resources of these investment mechanisms in oil producing companies experienced a progressive recovery, which was interrupted in 2018 in two ways. Firstly, the deterioration in the valuation of many assets and, secondly, by the lower income derived from crude, which was especially visible in the second half of 2018.

West Texas Intermediate (WTI) is trading at close to 46.5$/barrel after falling almost 39% from its September highs. Prices which bring us back to the summer of 2017, although far from the levels of 26.2$/barrel of February 2016 which forced even Norway to withdraw resources from its sovereign fund: the largest in the world with 8,250 billion Norwegian Kroner (950 billion dollars at the 8.70 exchange rate on 2 January. The analysts at Intermoney observe:

“Although the situation is better than in 2016, it is undeniable that certain sovereign funds like those linked to oil and gas, with a capital above 4 billion $, may not only not receive new fund to invest, but may be obliged to reduce their positions. Crude prices are not the same as 2016 but following the protests of the period 2010-2013 in many Arab countries, the security networks knitted together by their governments demand considerable resources to maintain stability.”

Therefore we are not only facing the question of the oil price, but also the significant fiscal needs that affect the major sovereign funds. This could exacerbate market volatility in the short term, and, in fact, could reduce the importance of doubts about the economic cycle in explaining certain market movements in the near future.

In the last week, news warning about the negative attitude towards high yield US bonds proliferated, based on the withdrawal of 60 billion $ in 2018 by the funds that invest in this kind of bonds. An amount which more than doubles the withdrawals in 2014 and 2017 following the negative data in December. In that month, about 4 billion $ was withdrawn from this kind of bonds, making it the seventh consecutive week of withdrawals in a period without high yield issues in the US, after issuing 163 billion % in the whole of 2018.

Fears about future activity and the deterioration in the quality of credit have been two of the principal causes suggested for this situation, which fits well with the deterioration in the debt ratios of certain US companies in an environment where the Fed is tightening monetary policy. However, the fall in the oil price caused, firstly, by short term excess of supply and, secondly, the lack of confidence in the economic cycle, acquires a complex role in being another piece in the scenario of anxiety which, in turn, is feeding back into itself. This feedback would be direct, given that, for example, the energy companies have a significant role in US high yield bonds, but also would create an indirect transmission mechanism.

High yield assets are not the preferred assets for sovereign funds, but they also invest in them, and logic suggests, surely, that they would unwind their most vulnerable positions first, and this would be one of them. As the Intermoney analysts point out:

“The high yield bond is far from being the main asset in their portfolios but, for example, the investment policy of the Norwegian sovereign fund (the largest and most transparent in the world) establish that it can hold up to 5% of creditworthy high yield bonds in their fixed income portfolio. Today this would translate into around 15.5 billion $.”