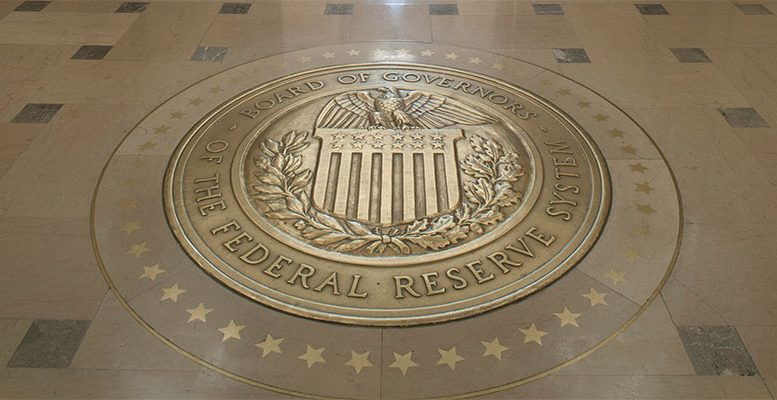 Francisco Vidal (Intermoney) | In the future, it will be more difficult to generate inflation and we will see structurally lower rates, which should not be confused with its performance in the short term and, even, in the next few years given that many of the trends highlighted will take time to consolidate.

The accelerated development of technology which is currently dominating the world is a key lever for economic growth as it increases the supply of goods and services at a scale and rate which are difficult to imagine. The possibilities of fulfilling our needs are widened, while other new ones are created as part of a giddy process in which it is not just important to create, but also to improve. In other words, innovation takes precedence, but being more efficient as well.

The search for efficiency and for sources of renewable resources is necessary for humanity, given that the current growth model collides with the harsh reality of the finite world in which we live. A necessity which has deepened due to the fact that the population has increased from 1.6 billion people in 1900 to around 7.4 billion today, and is forecast to rise to 10 billion in 2060. Both the present and future oblige us to be more efficient to be able to share resources amongst a larger number of people, combining this with purely economic interests and greater sensitivity to the environment.

The motivations for justifying the search for efficiency are something almost secondary with respect to the tangibility of the process. For example, the EU has set a target of reducing the consumption of primary energy by 13.2% compared to 2005, bringing the figure to below that of 1990. The latest data shows that 63% of that target has been met. The crisis and the importance of services will have helped these advances, but we should also look at another figure which is very representative of the current trends: between 2002 and 2014, consumption of natural resources fell 10.8% in the EU and the productivity when in use grew 27.8%. So in 2002, we obtained 1,53E of GDP per kilo consumed of natural resources and in 2014, 1,95E.

In world which is more and more interrelated, the need to be highly competitive will speed up these trends and they will gather strength in countries like China, where the strategy of keeping labour costs low is almost over and the future will involve better use of resources (material and human). Later we will make more with less and, in addition, technology advances have shown that it’s possible to promote the use of certain resources, something which up until a few years ago would have been prohibited. Non-conventional hydrocarbons is one striking example.

In the future we will continue to witness phases of decoupling between the supply and demand of raw materials which may lead to signicant increases in their prices, but the important thing is that it will be temporary and levels will be lower than in the past.

The influence of raw materials

The afore-mentioned situation is not a trivial one for the central banks and their inflation goals, given that raw materials have been one of the greatest sources distorting their objectives. Oil has always been a good example of this situation. And not just because of its impact on prices, but because its oscilations filter through to manufacturers, services linked to transport and, above all, food.

According to the World Bank, the weight of energy in food production, on a global scale, exceeds 10% (more in the developed countries). This activity is almost five times more intensive in energy consumption than the manufacturing sector, which means that the variations in the price of oil are passed on in the proportion of 0,25 to food products. In the past, oil has been behind the greatest falls and rises in inflation rates, as happened in 2008 when the CPI of developed countries stood at 3.44%, with oil at its maximum level of 145$/barrel. Or in 2011, when its strong rise coincided with the increase in other raw material prices, pushing developed countries’ inflation to 2.71%. The development in technology and the search for efficiency will mean that it will be very difficult to see new prolonged phases of buoyant raw material prices; a factor which will coexist with advances in productivity derived from the implementation of new technologies, which will put downward pressure on the prices of many goods and services.

In the future, it will be more difficult to generate inflation and we will see structurally lower rates, which should not be confused with its performance in the short term and, even, in the next few years given that many of the trends highlighted will take time to consolidate. That said, a quick look at the implicit expectations of the US market reveals that the structural change has already been discounted. At the beginning of June, their five-year inflation forecast was 1.6%. This is a figure which experience tells us we should rule out as reliable predictor, given its high correlation with the most recent information. And in fact, in the midst of plummeting oil prices at the beginning of the year, they were pointing to levels of 1.42% and, in June 2011, that investors expected US five-year inflation levels of 2.5%, in contrast to today’s reality.

Generating inflation is ever more difficult

The market’s inflation expectations have been shown to be short-term and very much influenced by the swings in raw material prices. This leads us to discount any uptick, provided that the negative US unemployment data for May is just one bad month and not symptomatic of something which could cause us to worry about global activity. If WTI crude prices consolidate at 50$/barrel, they would begin to support the annual advance in US inflation in August, maintaining that support over the coming months, especially, at the end of 2016 and the beginning of 2017, when the knock-on effect of energy prices would be significant.

The change in the effect of raw materials would coexist with the resistance in US inflation. In April, annual underlying inflation ran at 2.1%, while services prices rose 2.7% annually, although there was a temporary favourable effect of the revision in health tariffs. However, if the advances in consumer prices remain over 2%, there would be reasons for hoping for a continued good performance from the services industry (63.3% of CPI) as businessmen would have a margin to increase prices. In May,  Michigan confidence data revealed that the US is forecasting one-year inflation levels of 2.4% and five-ten year levels of 2.5%; these are comfortable  figures which are key to the future of inflation, given that this depends on the perception of many people who don’t base their decisions on what the markets are discounting.

The performance of US inflation is the greatest example of a pattern similar to the one we will see in the Eurozone at the end of this year and the beginning of next. But in Europe services and underlying inflation figures will be much less favourable. That said, eurozone CPI will leave behind its almost stagnant performance in 2016 and rise to levels of 1.3% in 2017.

In conclusion, we should not confuse structural changes which can be seen in the future of inflation with its performance in the short-term and, even, in the coming years. At the beginning of 2017, with the permission of the dollar and if the US is not derailed, the CPI of developed countries will improve markedly. But we should not lose perspective and remember that its real future continues to be lead by challenges.