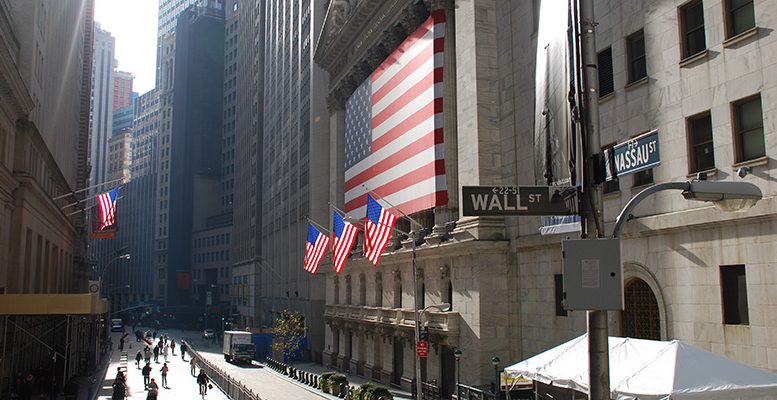 US: biggest risk is future declines in profits

Pablo Pardo (Washington) | On the same day as think tank the National Bureau of Economic Research (NBER) confirmed the US has been in recession since March, the NASDAQ recorded a record high and the Standard & Poors recovered levels of January 1. It was also the first day that New York City, the largest demographic, economic and financial centre in the country, entered Phase 1 of the deconfinement. That said, in the US the quarantine has never been as strict as in Spain. George Floyd’s body was laid out for public viewing in Houston, the city where he spent most of his life, to be honoured by his neighbours.

There are too many things happening at once to include in a single article. But, if they sound confusing, that’s the point of the previous paragraph. Stock market highs, economy in recession, health crisis and the worst race riots since the assassination of Martin Luther King, no less than 52 years ago. Who could ask for more?

It is impossible to summarise this cocktail and there are obvious contradictions. The most obvious is the performance from equities. It is clear the stock market is looking to the future. The unemployment data published on June 3 was surprisingly good, as the economy is slowly reopening, and unemployment fell by 1.4 percentage points. Still, 13.3% of Americans were out of work in mid-May, which is when the statistics closed. This is the second highest figure since the current statistical series began 72 years ago, only surpassed by 14.7% in May. Even so, if you take the U-6 – namely the figure that results from counting the unemployed plus the workers who have stopped looking for work because they think they won’t find it, and which is the closest thing the US has to the Spanish Labour Force survey – you get 21.2% unemployment.

The improvement in the labour market could provide some breathing space for equities. But not so much that it justifies the stock market entering record territory. Firstly, no one knows how long the labour market recovery will last. The day after the data was released, a joint survey published by The Wall Street Journal and NBC television showed that only 5% of the country’s citizens consider the state of the economy to be “excellent.”

If we add to this the more commonly used explanations of what political instability means for stocks, the equity market’s performance is even more incomprehensible. That is because in June, the US was experiencing a wave of protests that took the lives of a dozen people. These included at least two policemen, after the murder of African-American George Floyd by policeman Dereck Chauvin in Minneapolis. The same poll referred to above showed that no less than 80% of Americans felt that the US is literally “in chaos,” compared to just 15% who said that “the situation is under control.”

A psychologist would say the market is suffering from “cognitive dissonance,” which is when you think one thing and do another, or think two totally different things. But that doesn’t seem to be the case. In fact, financial operators know exactly what they are doing. The injection of liquidity via monetary and fiscal policies has been so huge that the stock market is rising virtually under its own steam. In addition, we are seeing the return of much of the capital that had left the market in mid-March when the panic over Covid-19 broke out. The combination of these three elements – better unemployment data and the possibility of a ‘V’ recovery, the return of investors, and public intervention on a massive scale – is what is pulling the market up.

Obviously, the so-called ‘real economy’ does not enter into this equation. Take consumption, for example, which accounts for 70% of US GDP. If eight out of ten Americans believe the economy will not recover before next year, is this euphoria justified? Obviously, operators and analysts say that this only confirms the recovery in V. Okay, but if that is the case, what will companies’ valuations be like in 2021 when they start to have the benefits of 2020, if their share prices are already recording maximums? How is it possible that Boeing shares are rising just a month after the company had to be rescued by the state amid enormous speculation over its partial nationalization?

All these figures reveal that the gap between the stock market and the real economy or, if you prefer, between capital and labour, has sharply widened with the arrival of Covid-19. It is not only the increase in unemployment. It is simply a problem of lack of resources. Samina Singh, executive vice president for sustainability at Mastercard and president of the Center for Inclusive Growth at the media giant, explains: “The current economic crisis triggered by the coronavirus has exposed the weaknesses of the system. Singh does not refer to “weaknesses” in general, but to something as basic as getting salaries or government aid to citizens.

This is something that has affected even the workers of leading companies like Uber, Airbnb, or Lyft. If these companies, in theory the most technologically advanced, are not able to get their payments to their clients, what can it be like for the rest of the economy?