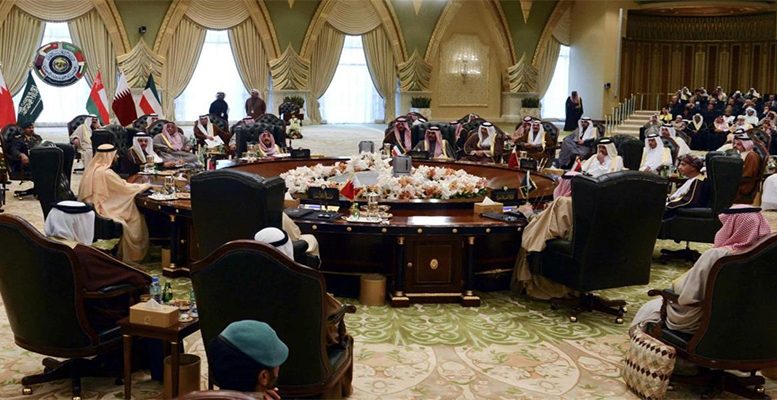 Tariq al-Shammari|Is Donald Trump pushing for a series of soft coups in the Gulf?

After King Abdullah died in 2015, King Salman ascended to the throne in Saudi Arabia. This was the start of serious changes in the game of thrones for the Saud family. King Salman reformulated the structure of power through a series of royal decrees and changed the order of succession. His son is now the crown prince.

The crucial point here is that King Salman ignored the wishes of King Abdullah. He replaced the late king’s appointed crown prince, Muqrin bin Abdulaziz, with Mohammed bin Nayef who was recently replaced with Mohammed bin Salman. Prince Mohammed is in line to be one of the youngest Gulf leaders in history and will likely govern the Kingdom of Saudi Arabia for many decades to come.

Before this recent decree by King Salman, the order of succession to the throne of Saudi Arabia was determined by House of Saud, where every vacancy of the throne has been expectedly filled by the crown prince, with a new crown prince then being appointed according to agnatic seniority among the sons of ibn Saud. Political analysts believe the rise of Mohammed bin Salman has caused serious challenges within the royal family and, more importantly, has made Saudi policy for future power plays in the kingdom unpredictable.

Although Saudi media attempted to present an uncontroversial transition of power, spreading a video showing bin Salman kissing the hand of bin Nayef, there were two types of reactions in Saudi Arabia. Most young Saudis reacted with pleasure to this change as they believe the new crown prince is a courageous and fearless representative of their generation. The older generation, however, view him as a greedy and inexperienced young man who will make the kingdom unstable due to his enthusiasm for radical changes of Saudi tradition and culture in favor of having closer ties with the West, particularly the United States.

For some, the rise of Mohammed bin Salman is a “soft coup” that was planned for months. It is believed the Saudi lobby in the US put forward the succession of bin Salman to President Donald Trump as soon as he was inaugurated in January. They had to give lots of financial and military privileges to Trump so he would support the Saudis in the rearrangement of royal succession.

President Trump, whose first foreign trip since his election was to Saudi Arabia in May, called bin Salman to congratulate him on his ascendancy. Considering the Saudi prince visited Washington earlier in March and the $200 billion investment deal was the talk of the hour, this was the second time that Trump had expressed his satisfaction with the young, powerful son of King Salman and the future leader of Saudi Arabia.

Since Trump is a businessman rather than politician, he supported the Prince Mohammed plot for two reasons. First, it was a great deal for Washington since the US gained many financial and military privileges, particularly the arms deal. Second, Trump can follow US interests more than before as he exchanged old and trite governing authorities with a new and fresh team that is enthusiastic for a more modern and dynamic Saudi Arabia. However, the negative side of this change for Trump is that this new team is inexperienced and unpredictable.

LOOKING OVER THE GULF

The key to the close connection between President Trump and bin Salman is the crown prince of Abu Dhabi, Mohammed bin Zayed al-Nahyan. It was in May when bin Zayed went to the White House and met with Trump, laying the groundwork for the US president’s first foreign trip and a summit with Muslim leaders in Saudi Arabia. Analysts emphasized that the visit would provide a great opportunity for President Trump to build on a personal relationship with bin Zayed and the longtime alliance between Washington and Abu Dhabi. Trump welcomed bin Zayed by saying: “He is special. I respect him, and I’ve known him for a long time … [He] loves his country. I can tell you that [he] loves his country. And I think [he] loves the United States, which to us is very important.”

Today, it is clear that among the Gulf Cooperation Council (GCC) leaders, Mohammed bin Salman and Mohammed bin Zayed have the strongest and closest relationships with the United States. Besides, the relationship between the two Mohammeds is also strong. Bin Zayed involved the United Arab Emirates in the Saudi-led war in Yemen for the sake of his friendship with bin Salman, making their relations deeper despite the reservations of high-ranking Emirati officials over the conflict.

As soon as he became president, Trump has courted the Gulf princes for US interests in the Middle East. The two Mohammeds are the best bet for him. In fact, the princes have paved the way for Trump to diminish his European rivals’ standing in the Gulf so he can carry out his plan with low risk and high return for the US.

Indeed, Trump does not follow the way of George W. Bush and Barack Obama, who wasted huge sums of money and unnecessary capital for getting directly involved in the ongoing crises and conflicts in the Middle East. Just in April, ahead of his visit to Riyadh, Trump said: “Frankly, Saudi Arabia has not treated us fairly, because we are losing a tremendous amount of money in defending Saudi Arabia.” He emphasized that Saudi Arabia and any other country that needs US support should pay the cost.

The princes are willing to pay first. They just expect Trump’s support for their ambitious dreams later. They believe with the help of Trump they can see their dreams come true in the near future.

With the soft coup in Saudi Arabia and based on reliable sources in political circles, a new coup is allegedly being planned by bin Zayed to be executed in the UAE. As Trump played his part in the reshuffle of Saudi Arabia for the succession of bin Salman, he could likely play a salient role in the apparent coup in the UAE — this time for the succession Mohammed bin Zayed.

Trump has invested in the two Mohammeds to begin and follow up on his coup domino plot among the GCC. These young leaders of the two most powerful countries in the Arabian Peninsula will lead Qatar, Bahrain, Oman and Kuwait to restructure the power order in their governments according to what President Trump orders them to. The plot could help Trump to have complete control over the Gulf in a way that he wishes for US interests.