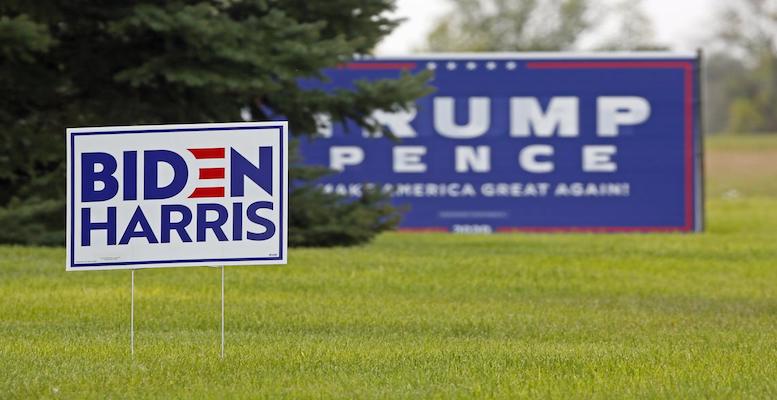 William Horncastle via The Conversation | The amount of money spent on US elections eclipses the annual total economic output of some small countries. The total spending by candidates, political parties and independent campaign groups in the 2016 race was US$6.5 billion – comparable to the GDP that year of Monaco, Kosovo or Liechtenstein, and more than double that of Liberia.

The 2020 election cycle is forecast to smash previous spending records, with the Center for Responsive Politics estimating it will cost US$11 billion. That would be comparable to the 2019 GDP of Equatorial Guinea or Chad.

By late September 2020, President Donald Trump’s direct re-election campaign had already spent US$362.5 million, while Joe Biden’s had spent US$352.4 million. But this only tells part of the story of the money pouring into this election.

Although campaigns have traditionally been funded by direct donations to candidates, in 2010 the US Supreme Court ruled that restrictions on independent campaign spending by corporations and labour unions were unconstitutional, due to their restriction on free speech.

This ruling, known as Citizen United, meant that corporations and unions could spend unlimited amounts of money on political campaigns, paving the way for the production of what has become known as Super Pacs.

While direct corporate and union donations to candidates remain illegal, Super Pacs have been described as “shadow political parties”, which are permitted to raise funds to run their own campaigns independently of candidates. They are subject to fewer regulations, due to the constitutional protection of free speech, are often able to raise money from anonymous sources due to legal loopholes, and are permitted to receive unlimited donations from corporate and union sources.

As a comparative political finance scholar, my ongoing research involves analysing the development of political finance regulations across a number of advanced liberal democracies. As the 2020 presidential election race nears its end, it’s worth looking back at what has changed in the past decade, and what it tells us about how money is being spent.

Since the Citizens United ruling, election expenditure has significantly increased, with an immediate explosion of independent spending from groups such as Super Pacs, directly after the decision. Comparing the electoral cycle directly before Citizens United in 2008 to the next comparable cycle in 2012, using data from the Center for Responsive Politics via the open source website Open Secrets, reveals an increase of almost 600% in just four years.

This increase continued, albeit at a slower rate, reaching a record high of US$1.4 billion in 2016. At the time of writing, independent spending on the 2020 election has already exceeded comparable spending in the 2016 cycle, with US$1.6 billion being spent in this way. This is an increase from the 2016 figure of roughly US$1.4 billion.

While this increase indicated an upward trend in electoral spending, patterns in spending by presidential candidates have not mirrored this.

Analysing spending data from the Center for Responsive Politics shows that the total value of independent expenditures increased by roughly 875% between the 2008 and 2016 election cycles, while spending by presidential candidates decreased by 13% in this period. These trends show a shifting pattern toward independent campaigning, with spending in this area matching that of presidential candidates in 2016.

In order to keep up with election costs, some candidates focus their fundraising on donations below US$200. During the 2018 midterm elections, senators Elizabeth Warren and Bernie Sanders respectively raised 76% and 56% of their total funds in this way.

In contrast, some candidates refrain from focusing any efforts at small donors, with senators Mitch McConnell, Chuck Schumer and Rob Portman receiving less than 5% of their 2018 midterm election funds from donations below US$200.

While these cases show the extremes of small donor versus large donor fundraising strategies, financial disclosures reveal an overall trend toward large donor strategies since the Citizens United ruling. In 2010, large donations accounted for 62.6% of the value of donations to all candidates, parties, and independent spending groups such as Super Pacs. This percentage has increased in every election cycle since and, in 2018, large donations accounted for 71% of total fundraising, according to data from Open Secrets.

In presidential elections, candidates are subject to spending limits if they accept public funding. With an increased amount of private money in the system, most candidates have chosen to forgo public subsidies in recent elections, rendering the spending limit obsolete.

Several other countries, including Canada and the UK, successfully cap election spending. In the UK, limits are set at £30,000 per seat contested by each party. This means that parties which contest all seats are limited to roughly £19.5 million in campaign expenditures. As a result, campaign costs in the UK are significantly lower than in the US. The 2017 general election campaign cost around £42 million to parties and campaigners, rising from around £39 million in 2015.

The use of campaign spending limits has also restricted the inflation of campaign costs, both in Canada and the UK. Without effective spending caps, presidential campaign costs in the US increased by 75% between 2004 and 2016.

If the trends exhibited in these graphs continue, spending in US political campaigns is likely to become less transparent and more concentrated. With the rise in the proportion of money coming from independent groups, which is largely anonymous due to disclosure loopholes, the true sources of funds will become increasingly opaque.