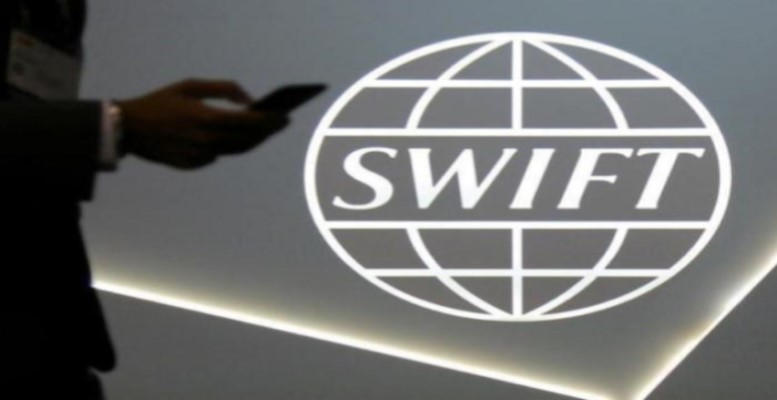 Last week there was already talk about the possibility of excluding some Russian banks from the SWIFT system, so the decision announced by Ursula Von der Leyen in the early hours of Sunday morning was not entirely unexpected. It is considered a “weapon of (economic) mass destruction”.

The decision to exclude banks from the SWIFT system has never before been applied to a banking system as interconnected as the Russian banking system (it was only previously applied in 2012 to Iranian banks), which makes the consequences of the measures difficult to foresee.

According to John Plassard, economist at Mirabaud, “the impact on the Russian economy would be equally devastating, especially in the short term. Russia is heavily dependent on SWIFT because of its multi-billion dollar hydrocarbon exports. The cutoff would would halt all international transactions, trigger currency volatility and cause massive capital outflows. massive capital outflows.”

Can we compare Russia and Iran? Mirabaud’s answer is clearly no, but this does not mean that Russia would not suffer economically from the shutdown of the SWIFT system:

“In 2012, in the absence of progress in the negotiations between the 5+1 and Tehran and the fear of an Israeli attack on Iran, the EU took a new step: it decided to put in place an embargo on the Iranian oil and petrochemical industry and to exclude Iran from the SWIFT system.”

Subsequently, it banned transactions between European and Iranian banks, imports of natural gas from Iran, exports of semi-ferrous metals from Iran, and exports of Iranian petroleum and petrochemicals. Iran, exports of semi-processed metals and shipbuilding equipment and technology to Iran. Japan, South Korea, Australia and Switzerland also imposed sanctions similar to those of the U.S. and the EU during this period, partly due to pressure from the U.S. and the EU. partly due to U.S. pressure.

Iran, already suffocated by economic mismanagement, plunged into chaos and went deeper and deeper into debt. Russia, on the other hand, has very little debt (debt/GDP of almost 20%) and has never (really) suffered from the sanctions which imposed on it after its intervention in Crimea in 2014. The country is historically more “sensitive” to changes in the price of oil. the price of oil.

As Santander’s analysis team reminds us, European banks have limited exposure to Russia, although some still maintain operations in the country (the most important are: Raiffeisen, Société Générale and UniCredit), which are likely to be exposed to the same risks of liquidity pressure as Russian banks. They commented:

“Both Raiffeisen and UniCredit confirmed last Friday that neither would provide funding to their subsidiaries, which limits the risks for the parents in the current context. On the other hand, Russian-owned foreign banking entities are also under pressure.”

“An example of the unfolding events is this morning’s declaration by the Single Resolution Board of the resolution of Sberbank Europe AG (ultimately owned by the largest Russian bank) in Austria and its subsidiaries in Croatia (Sberbank d.d.) and Slovenia (Sberbank banka d.d.) following the significant deterioration of the group’s liquidity situation leading to the suspension of payments, a moratorium and the authorization of a daily amount for depositors to be determined by the national resolution authorities.”