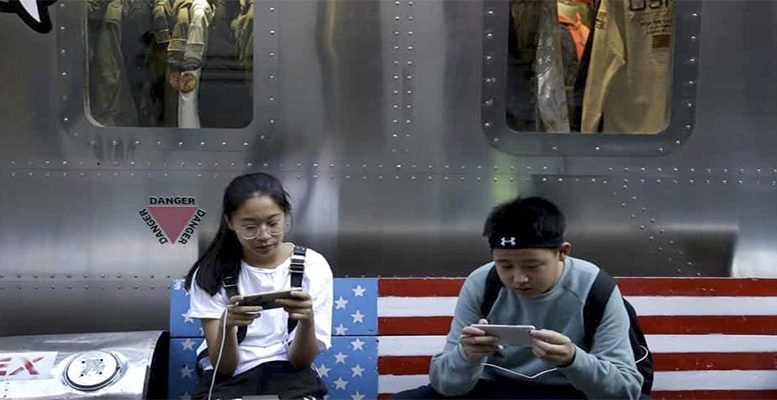 Strong economic ties exist between China and the US, so the decoupling process will not be easy

Clàudia Canals and Jordi Singla Caixabank Research | The new technology restrictions that the US has imposed on China represent an escalation of the decoupling policy pursued by the current US Administration. Although the distancing between the two powers has a long history, under Trump’s presidency it has become a fully-fledged conflict.

While the First Phase trade agreement reached in early 2020 seemed to defuse the trade dispute, the battle is now focusing on the technology sphere, and in particular on the information and communication technology (ICT) sector. Moreover, this is a battle with a broad bipartisan consensus in the US. But what has happened so far, and why? What could the consequences be?

The trade conflict itself already included technology restrictions in its early days, such as tariff increases and controls being imposed on exports of ICT products. In May 2019, the tone of these restrictions was raised when Huawei and its subsidiaries were added to the US Entity List, which details individuals, institutions and companies that are considered to pose a threat to US national security. In the case of Chinese tech companies, with this measure the US Administration sought to prevent them from using US technology in the production of their goods and services.

Up until August 2020, this ban was circumvented through the multiple extensions granted to Huawei by the US Department of Trade itself, as well as through a legal loophole in the ban. In August, however, the US stopped granting these extensions and significantly stepped up the restrictions imposed on Huawei and other large Chinese tech companies such as ZTE from acquiring US technology. In the highly-integrated global ecosystem of information technologies, this meant practically halting the supply of high-end chips to Huawei. This was a somewhat unexpected move, since the first chapter of the partial trade agreement reached in early 2020 focused on improving the protection of intellectual property, especially on China’s part. As we shall see below, this is one of the US’ great concerns regarding China.

The concerns raised by the US in the technological sphere since the escalation of the economic and political conflict with China have focused on three aspects: the pressures applied on US firms operating on Chinese soil to hand over their technology, the government aid that Chinese tech firms receive in acquiring US firms, and the theft of sensitive business information through computer networks.

However, the true motivations behind the conflict run deeper: China’s technological rise and the threat it poses to US dominance. As was the case with basic manufacturing goods, China is making significant headway in the ICT race, a sector that is seen as key to the new industrial revolution we are entering. For instance, in just over 20 years, Huawei has gone from being a local company to becoming the world leader in ICT equipment sales (see first chart), and in particular in mobile sales (overtaking Apple in 2018 and, most recently, Samsung in 2020) with 55 million devices sold in Q2 2020.

Furthermore, China is a very different hegemon in political, geopolitical and social terms. In this regard, the US is not the only country taking a stand against China’s technological advance. The United Kingdom, Japan and Australia have all banned the use of Huawei equipment in their 5G networks. France and Germany, meanwhile, have not yet declared their stance, although the former seems likely to impose significant restrictions on the Chinese tech giant.

The political scientist Graham Allison describes the US-China rivalry as a case of Thucydides’s trap, alluding to the ancient Peloponnesian War: an established power (the US in this case) sees its dominant position threatened by an emerging power (China). Generally, the trend favours the emerging power, so the dominant power has an interest in stopping it in its tracks. This suggests an element of rationality in the US approach and indicates that theconflict will continue regardless of what may happen in the November presidential election.

… and the potential consequences

The technological struggle between the two countries could have substantial economic consequences. Strong economic ties exist, so the decoupling process will not be easy. For instance, the leading Chinese ICT companies listed on the US stock market at the end of August had annual sales amounting to 463 billion dollars and a market capitalisation of 1.3 trillion dollars (slightly more than double the trade flows between the US and China).

Moreover, in the middle of this year the US Senate passed a new law that increases control over all Chinese companies (not just technology companies) listed on the country’s stock exchanges, which could lead to the expulsion of some of them. The magnitude of such an expulsion would be vast: the 300 Chinese companies that were listed on US stock exchanges at the end of the summer (including both tech firms and non-technology companies) had total sales amounting to 5.3 trillion dollars and a market capitalisation of 5.7 trillion dollars (10 times the volume of bilateral trade and on a similar scale to the famous American FAANGs).

Another sign of the close ties between the two economies is the high stock of US foreign direct investment (FDI) in China and what this represents in terms of sales. In particular, much of the US’ FDI in the Asian country is focused precisely on selling in the Chinese market itself: sales which in 2018 amounted to 600 billion dollars (slightly more than the trade flows between the two economies and around three times the volume of US exports to China).

The bilateral FDI flows between the US and China in recent months can also offer us an indication of the direct impact that the dispute is having on the two countries. Just before the start of the technology-focused trade conflict, foreign direct investment flows between the two countries averaged 37 billion dollars a year (2013-2017), with investments from China to the US of around 24 billion and some 13 billion in the opposite direction. This figure fell by half in the average for 2018-2019, mostly due to the stagnation of investment from China (see second chart). As expected, this stagnation has been much more pronounced in the ICT sector, in which direct investment from China to the US has been virtually nil since 2018.

It is also essential to point out that the ICT sector has a knock-on effect on other major sectors and countries, so a dispute between the world’s two biggest players will have global consequences. For instance, Europe is highly dependent on Chinese equipment to deploy its 5G network (which is key to the new industrial revolution), and this restricts the partnerships it can enter into with the US.

The current tech war also has the potential to weaken or curb progress in the field of international technology governance. The rapid development of new technologies and their capacity for economic and social disruption require international standards in order to minimise such disruptive effects. However, cooperation is difficult in an environment in which the two leading technological exponents are embroiled in a battle. In fact, when cooperation fails, progress in global terms suffers. It was Chinese drones that helped to put out the fire at Paris’ Notre Dame in 2019. French legislation was quickly changed to let drones fly over the country’s capital. But if Notre Dame were to burn again, Chinese drones may no longer be there to quell the flames.