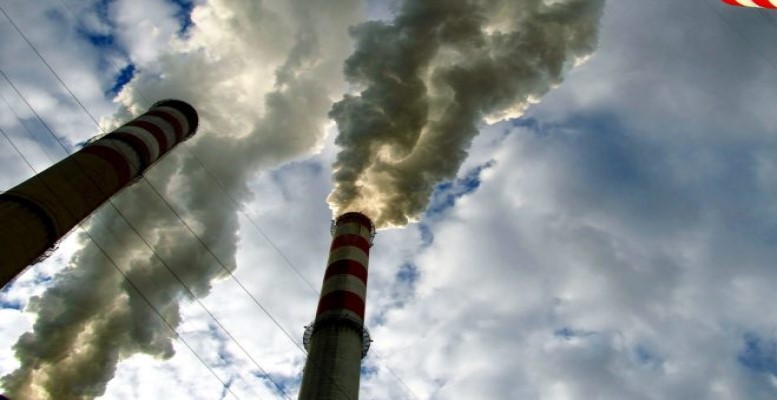 Steffen Böhm (The Conversation) | Carbon trading was supposed to encourage companies to reduce their emissions. Yet for many years, the carbon price was trading well below €20 (£17) per tonne on the EU Emissions Trading System (ETS), which is by far the most established market for trading carbon in the world. Most agreed that this did not send any financial signals to carbon-intensive industries to invest in green technologies.

But since the onset of the pandemic in 2020, the carbon price has rocketed to close to €90, taking everyone by surprise, including EU climate policymakers. So why has this happened, what are the likely consequences – and what can we expect to happen to the price in the coming months?

The carbon price is based on demand for carbon credits. These are awarded to organisations which have removed a quantity of carbon dioxide from the atmosphere, through, say, tree planting or building a wind farm, by the EU or other authorities with newer ETSs such as the US and China. Some people and companies buy offsets voluntarily, such as travellers paying a premium to offset carbon emissions in an air ticket.

Large polluters, on the other hand, are required to buy carbon allowances when they exceed a so-called cap. The EU ETS was badly undermined for years because many industries were exempted, free allowances to polluters were issued, and the market was flooded by cheap (and dubious) offsets. The EU’s new “Fit for 55” package aims to reset the EU ETS. It is a step in the right direction but it’s not clear whether it will bring about the rapid decarbonisation we urgently need.

There were three main reasons for the rapid increase of the price of carbon in 2021: political pressure, high energy prices and a flood of speculation from traders.

The political pressure to act on climate change has increased immensely since 2018, when Extinction Rebellion launched and Greta Thunberg’s School Strike for the Climate got underway. Both actions have erupted into global movements, buoyed by big names like David Attenborough also calling for more urgent climate action. Weather events such as the intense rainfalls and subsequent flooding in Germany in July 2021 further drove climate change to the top of the political agenda.

In various opinion polls, European citizens now express increasing concern over climate change, prompting politicians to make greater commitments to take action. Members of the business community, too, have been falling over each other in declaring “net zero” targets. This means more demand for voluntary offsets and the prospect of tougher ETS cap rules that will lead to more mandatory offsets in the near future, all of which has encouraged traders to bid up carbon prices.

There has generally been huge investor interest in what the financial community calls ESG (environmental, social and governance), which is broadly about ethical business. There has been high demand in the past two years for companies that score well on ESG, and investment funds that focus on such companies.

For example, Tesla is worth more than the next nine global car manufacturers combined. This reflects the financial community’s view that electrified greener transport is here to stay – and probably also the billions of dollars Tesla receives from more polluting automakers needing to buy carbon permits from greener rivals. This shows the carbon market in action, pushing carbon prices higher.

Yet at the same time, there is clearly a lot of speculation at play. The Financial Times cautioned recently that a bubble might have formed in ESG, and it’s easy to make the same argument about carbon prices.

There are reasons to doubt that the surge in carbon prices will achieve the stated aim of ETSs, namely a faster decarbonisation of the economy. A lot of evidence suggests that many carbon credits are not worth the paper they are written on. There is a lot of double-counting going on, in which those buying and selling offsets both count them as reducing carbon emissions, and there are other loopholes, particularly in questionable carbon offsets. What happens, for example, if – in a warming climate – a forest burns down whose carbon-saving potential was sold to companies?

The integrity of these markets will be even further challenged as the various regional ETSs seek to link up to create more global carbon trading. To achieve this, new global rules were agreed at the recent negotiations at the COP26 climate conference in Glasgow. These have been welcomed by industry, but critics say the agreement opens the door to sub-standard carbon offsetting schemes that will make the system unreliable.

At a time when higher energy prices are squeezing businesses, they have an added incentive to push for a global carbon-trading system that goes easy on them. Higher energy costs are also creating a lot of energy poverty among consumers (and higher carbon prices are a contributing factor because it means that power providers have to pay more for offsets). This conflicts with consumers’ desire for more urgent climate change action, creating political pressure to slow the climate transition.

As for the price of carbon, I expect speculators to keep pushing up carbon prices as long as there is enough liquidity in the market – meaning credit they can borrow to make trades. This liquidity has been partially driven by all the money being created by central banks’ quantitative easing (QE) programmes. When it disappears, the bubble will burst.

In other words, the price is not higher because ETSs are functioning well yet. To quote a recent comment from one market analyst: “I’d say that industry by-and-large for the last 16 years since the [EU] carbon scheme had been up and running in 2005 have really done pretty much nothing in terms of carbon emission reductions.”

If just a fraction of all the QE money would have been spent on climate goals, we would have made a lot more progress with climate mitigation over the past decade. The ETS system is only going to work if loopholes are removed so that many more companies have to pay for the carbon they emit. In the end, it’s all about political will and process.