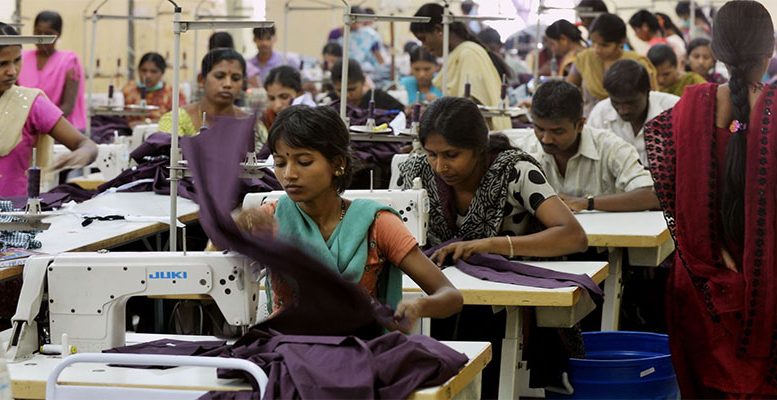 Ankita Mukhopadhyay | When Prime Minister Narendra Modi took over the reins from his predecessor Manmohan Singh in 2014, he made it very clear that he was a man with a purpose: to make India a global manufacturing hub that would attract foreign investment. The first step he took in this direction was to give a 100% allowance to foreign direct investment (FDI) in many key sectors. This means that a foreign company can now easily set up shop in India, without requiring an Indian partner.

Then he launched a flagship program—Make in India—to encourage investment in sectors such as aviation, automotive, steel and defense. Modi’s India finally seems to be walking toward a future where the traditional reliance on red-tape and high-level bureaucracy is fading in the minds of foreign investors.

If India gets rid of the various obstacles posed to investment in the country, it will become a profitable venture for companies, for it has an excess availability of labor. With over 80% of youth showing an interest in engineering—the highest in the world—India has the potential to blast its way into the league of developed nations in the coming decades. India also has four zones of production, forming an axis across the country: Delhi-Gurgaon-Noida in the north; Mumbai-Pune in the west; Jamshedpur-Kolkata to the east; and Bangalore-Chennai-Hyderabad to the south. However, many factors hinder the success of Make in India.

India allows 100% foreign direct investment in crucial sectors such as automotive and pharmaceutical industries. Earlier, carmakers such as Japan’s Suzuki Motor Corp had to reach out to an Indian partner such as Maruti to invest and manufacture in India. Now, that roadblock has been removed by the Modi government. But the biggest problem plaguing large companies is the availability of land, production facilities and labor unions.

In September 2016, Mamata Banerjee, the chief minister of the eastern Indian state of West Bengal, said that she was in talks with BMW, a premium automaker, to open a manufacturing plant in the state. The road ahead is tough: Less than half a decade ago, Tata Motors was pushed out of West Bengal after completing construction of its factory after Banerjee alleged the land was illegally procured from farmers.

West Bengal also has a chequered history of labor strikes, which reduce productivity, and it lacks proper access to production sites in south India, from where parts for sedans and sports utility vehicles need to be procured, reducing cost-effectiveness.

Buying land alone doesn’t reduce problems in India: Maruti-Suzuki’s Manesar plant, in the northern state of Haryana, faced losses of over $375.2 million in 2011-12, with a 6% fall in market share, after permanent and contract workers went on strike three times to demand better working conditions.

Coupled with these issues is the tussle between the ruling Bharatiya Janata Party (BJP) and the opposition, the Indian National Congress party, over the 2013 Land Acquisition Act. According to the tenets of the act, the government can acquire land for certain infrastructural and developmental projects. But it is difficult for the central government to find a foreign partner in its projects amid such uncertainty.

Where is the money?

India has 29 states, each autonomous in its own way while still being part of the nation. This structure has spiraled into a multi-storeyed taxation system, with each state implementing its own system, creating a problem for every manufacturer transferring/procuring parts from another state. While the Indian government is trying to fix this through a uniform goods and services tax (GST), scheduled to be implemented very soon, there is still uncertainty as to its uniform implementation.

Currently, the presence of a toll tax hinders mobility between states. The Indian government has also withdrawn the exemption on payment of a minimum alternate tax (MAT) on special economic zones (SEZ)—an area demarcated with relaxed financial policies. This has considerably reduced activity in the regions, hindering investment and production.

For investment, India needs infrastructure, for which, in turn, it needs money. In February 2016, India’s bad loans totaled $60 billion, with a large proportion coming from the corporate sector. State-controlled banks, like the State Bank of India, are still mired in losses, with a stronger bankruptcy law for smoother closure of companies yet to be passed.

According to an employee working with a top automotive firm in India, Make in India has turned the country into an assemblage platform for vehicles, but the reputation for Indian-made vehicles is still low. For example, Suzuki launched its Indian-made Baleno sedan in Japan last year and had to specifically iterate that “there was no problem with quality” to encourage customers to buy the car.

India still has a long way before a scheme like Make in India can be successful. Rather, Make in India needs to walk a longer road before it sees success. India has a large pool of labor that is still unskilled, and despite availability of land, its status as a largely agrarian economy still hinders the possibility of opening a plant on farmland.

The scheme is ambitious and needs time to grow amid various organizational and bureaucratic changes. The trouble is: Will its short-term shortfalls make any coming change in management reconsider its stance on the scheme?