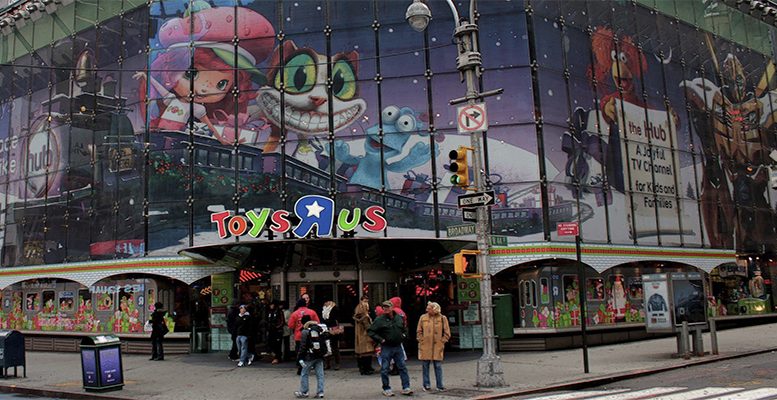 The mythical chain of toy stores Toys "R" Us is closing

Sometimes a company can be a good example of an economy’s situation. Or, at least, a part of it. Toys “R” Us has disappeared. The firm suspended payments for nearly six months (which does not have the same dramatic connotations in the US as it does in the Old Continent, and often just simply means a renegotiation of debt). Then on March 15 it announced it would close its 735 stores in the US and the over 1,000 it has in the rest of the world, although in some countries – like Canada – the stores could continue to operate.

After 70 years of existence, this highlights a lot of trends in the US economy, in the first place, as well as in the rest of the developed world. The most obvious one: the crisis of the retail trade. And as part of that, of one of the most idiosyncratic institutions in US society – for the lack of another word to describe it – the shopping mall. The last mall in the US was built in 2007. In the 51 years prior to that, 1,500 had been built. And from that point on, the big extinction took place. In July last year, there were about 1,100 left. Then Credit Suisse predicted there would be no more than 850 in 2022.

The most usual explanation for these companies’ irremediable decline comes down to one word: Amazon. The online shopping giant has beaten its “lifelong” competitors to a pulp. At the same time this has hit the property companies which manage the malls.

But this theory is incomplete. It’s also about changes in the US society. The “malls” were born and expanded at a time when the US city centres became uninhabitable due to the decision with respect to racial integration in schools at the end of the 1950s. As a result of that, white people moved to the suburbs and the city centres were for the poor people. Then there were the racial disturbances, the plague of delinquency in the 1980s and 90s and in the middle of it all, the aids epidemic. Up until the end of the 90s, the city centres in the US were uninhabitable.

Then everything changed. The gentrification of the city centres began and the middle and upper class came back. The poor and the minorities were driven out, due to the property bubble, towards the periphery, where the malls were.

Toys “R” Us’ bankruptcy may be a hint of things to come. The company has not been able to withstand the first onslaught of the ‘normalisation’ of US monetary policy. It was enough for the Federal Reserve to stop reinvesting the principal of its huge bond portfolio and for official interest rates to be at 1.51% (the rate in March, according to the FED) for the company to go under.

So the bankruptcy of Toys “R” Us could be what is on the cards for many companies which were bought by private equity funds before the crisis of the junk mortgages. The funds overloaded them with debt, as did Bain Capital, KKR – the last two the most famous survivors of the era of the hostile bids in the 1980s – and Vornado Realty Trust when they bought Toys “R” Us for 7.5 billion dollars (6 billion euros), most of which ruined the accounts of the company acquired 13 years ago. Although they later invested a further 1.3 billion dollars (some 1.040 billion euros) they couldn’t get the company out of the hole in which they themselves had dug for it. The best example of this is that Toys “R” Us, a company with sales of 11.5 billion dollars and liabilities of 5 billion, has disappeared due to its incapacity to pay or refinance a 400 million dollar debt maturity.