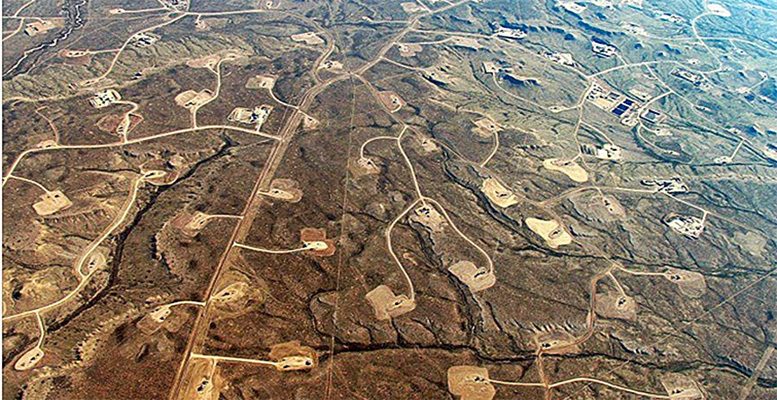 Pablo Pardo (Washington) | Why has the United States continued to pump “unconventional” oil to such an extent that it seems almost certain that this will be the year when it beats its production record? This dates back almost half a century to 1970, before the first oil crisis.

There are a lot of explanations. Firstly, the producers turned the screws on the suppliers, in particular the sand suppliers, which is a key element in the process of hydraulic fracturing to obtain natural gas and oil. Later, of course, they applied austerity in their own case.

In this way, ‘fracking’ was able to maintain profitability at 60 and, according to some people, even at 50 USD/barrel, when not even five years ago crude had to be at 80 USD/barrel in order to reach break-even. In fact, the tar sands in Alberta, in Canada, which have been explored for much longer than the fields in the US, and using methods which are also unconventional, are out of the market after OPEC send the price of crude tumbling in 2014. The wonders of US technology, free competition and the market economy.

With the principal’s money

And, as well, it’s clear from a small detail which has not received much publicity: in the ‘fracking’ sector, oil production is a key metric used in the compensation system for executives. Not profits, nor, of course, the share price. It’s a criteria which seems more suited to the Soviet Union, when whatever was required was done to comply with the five-year plans, more than with the free market.

That a sector which professes to be technologically innovative, and its only problems are, precisely, regulations, has been able to get away with such an arbitrary compensation system for its executives is enough to make you throw up your hands in indignation. And the same goes for the variety of large funds which have financed ‘fracking’ and have never had any problem in accepting this situation. It’s all an example of the hackneyed problems of the problem of the principal and the agent. It’s well known that the agent takes decisions for the principal. In this case, with the principal’s money.

The Bubble of ‘I’

It’s also an excellent example – no-one can deny it – of the extent of the US economy’s madness with the Federal Reserve’s expansive monetary policy over the last 10 years. Bubbles have flourished like the ‘fracking’ wells.

That said, as the Fed tightens its monetary policy in order, precisely, to try to prick bubbles, the funds’ memory has come back and they recall they have a commitment as a trustee to their participants.

For example, Invesco has sent letters to various oil producers, urging them to stop linking the remuneration for their main executives to the pumping of crude. Todd Heltman, in charge of the fund management division of the private bank Neruberger Berman, has gone even further. He told Reuters that “fund management teams have been rewarded too long for destroying value.” What Heltman has not explained clearly is from what point an executive should stop being rewarded for destroying value.

The most direct consequence of this surreal and disastrous incentives policy is that US oil production via ‘fracking’ has grown by approximately 1,6 million barrells per day in 12 months, reaching 6,1 million. This is equivalent to approximately 63% of US oil output.

But inundating the market is not the only thing that has happened. In some cases, there has literally been value destruction. To such an extent that there have been some companies which have had no doubt in reducing the useful life of fields to maximise production in the short-term.

Looking beyond the short-term…

According to the analysis by the consultancy firm Wood Mackenzie, the production of the formation Permian, in Texas, could reach its maximum level in 2025, with 4,9 million barrels/day, or in 2021, witih 4,4 million. Everything depends on whether the oil companies continue to use, or not, the current methods of extracting oil, aimed at maximising pumping in the short-term.

The attack on investors has been memorable. According to Reuters, the ten biggest unconventional oil producers in the US have seen a revaluation in their share price of 1.7% in the last decade. In this period they have paid their executives $2.2 billion (almost 2.1 billion euros), according to consultancy firm Evercore ISI.

In contrast, the major oil companies, which have much less of a presence in the unconventional oil and gas sector, have paid out just around 600 million dollars (564 million euros). And they have seen their shares rise by no more than 3.5%. Whatsmore, the giants of the industry have had to freeze their investment plans to maintain their dividends policy. Paradoxically, this has provided ‘fracking’ with a boost, because if the major oil firms produce less, then oil is going to be more expensive