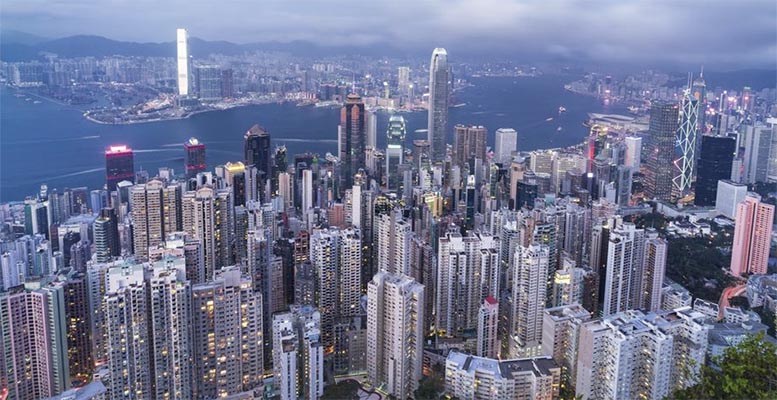 Damian Tobin via The Conversation | One increasing economic tensions between the US and China continue to threaten Hong Kong’s economy. China’s proposed national security law will see greater controls over areas such as secessionist activities, terrorism and foreign interference. Similarly, the announcement by the US secretary of state, Mike Pompeo, that Hong Kong should no longer be viewed as independent from China could undermine Hong Kong’s longstanding role as an intermediary between China and the rest of the world.

But one important pillar of Hong Kong’s economy remains unchanged and outside of Chinese government control – its currency, which is pegged to the US dollar via a currency board. This could have significant benefits for the city as it tries to deal with pressing socioeconomic challenges. But this also requires more public spending from the special administrative region’s government.

Since its introduction, the currency peg has withstood a variety of challenges – from the UK handover of Hong Kong back to China, to attacks from speculators. But it has often resulted in the Hong Kong government adopting an overly conservative approach to spending. Although the peg gives Hong Kong a considerable financial buffer, successive governments have tended towards fiscal conservatism. Public spending has rarely exceeded 20% of GDP since the 1997 handover.

Hong Kong is struggling to deal with sluggish economic growth and myriad socioeconomic challenges, not least increasing levels of poverty and a high level of inequality. The city was poised to benefit from legislation passed by the US senate which could force Chinese companies to delist from the US stock exchange. This would make Hong Kong the natural route for Chinese companies seeking to access overseas funds – something the city’s financial markets have long provided. But the new national security law and Pompeo’s comments will make Hong Kong less attractive.

Many of the challenges now facing Hong Kong have their roots in decades of mismanaged prosperity. Yet they do not necessarily threaten the US dollar peg.

In theory, the dollar peg gives the US the ultimate sanction on Hong Kong. In practice, it is more complicated, not least because the global demand for dollar assets helps subsidise US living standards. Nevertheless, were the US to strictly apply export controls or remove special tariffs, it would make Hong Kong’s task of sustaining a net inflow of foreign exchange more difficult.

Hong Kong’s currency board was introduced in 1983 following concerns over capital flight and the volatility of Hong Kong’s then free-floating currency as UK-China negotiations over Hong Kong’s handover progressed. The currency board requires Hong Kong to hold enough liquid assets in the form of US dollar reserves to cover the amount of Hong Kong dollars that are in circulation.

The Hong Kong Monetary Authority (HKMA), which acts as a de facto central bank, ensures the US dollar trades in a narrow band between HK$7.75-7.85. So the HKMA will buy up Hong Kong dollars to strengthen the currency when it falls to the lower margin of this band and it will sell them when it gets too strong.

Replacing the US dollar with the Chinese RMB is currently not feasible due to restrictions on the RMB’s deliverability as a currency. This makes the RMB unsuitable as a liquid reserve asset. Meanwhile, China’s state enterprises and the offshore market for RMB continue to benefit from Hong Kong’s deep and liquid financial markets as a source of offshore US dollar funding.

Hong Kong’s future prosperity depends on good relationships between China and the US. But this is hindered by a historical reluctance by business interests and senior officials in the city to contemplate even moderate political reform. Such reforms are now unavoidable, however.

A deterioration in Hong Kong’s business sentiment can be traced to early 2019 and public concerns over democracy. Addressing public concerns should also benefit Beijing. China’s economic growth has seen its business interests in the city increase but also become more fragmented. This has made it more difficult to read the public mood. As issuer of the global reserve currency, the US also has a responsibility to ensure that liquidity shortage is not used as a political stick to punish Hong Kong.

Ultimately, neither the security law nor changes in the US stance towards Hong Kong will help the squeeze on living standards faced by many of Hong Kong’s residents. Conversely, maintaining the currency peg gives the Hong Kong government ample fiscal scope to deal with these.

Recent indications that the US is set to run budget deficits so great they will exceed wartime records could provide Hong Kong’s fiscally conservative government with the political justification for increasing much needed public spending.