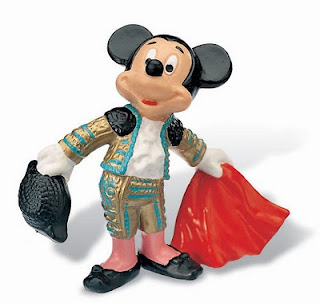 MADRID | Repsol reached an agreement with Disney Spain which will see the entertainment multinational sell its products in the Spanish oil company’s shops through its network of service stations. Following an initial test in 62 stores, Repsol and Disney decided to extend their partnership to a further 770 shops. A Disney Area has been created in shops, which is a specific area for products with pictures of Disney characters and will be used to support product or film launches.

This agreement sets out to link these two brands and extend their range of products. Repsol has over 3,600 service stations, the largest network in Spain and has a 40% market share.

Repsol posted a net income of €2.193 billion in 2011, 53.3% lower than that recorded in 2010 and which included the one-time gain from the agreement between Repsol and China’s Sinopec in Brazil.

Last March, in a continuing effort to better serve the Hispanic audience, Walt Disney Records announced it would be releasing two Song & Story titles and a collection of Disney Princess songs in Spanish for the very first time.  The label will also release the Spanish language digital soundtracks for Beauty and the Beast and The Lion King.  All five albums were released on March 20.