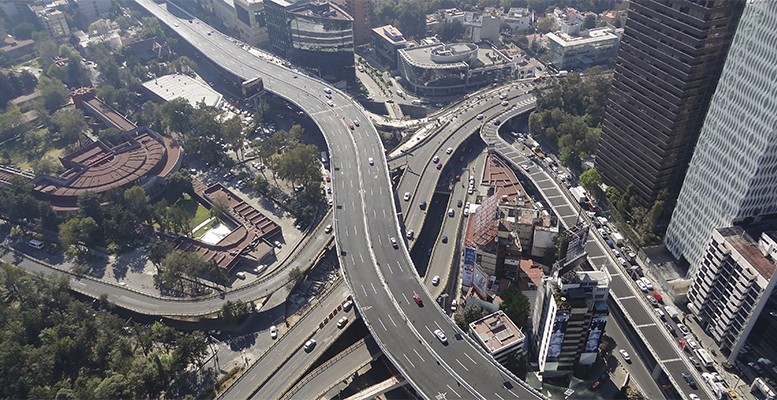 Mexico’s Banking and Securities regulator (CNBV) has exonerated OHL Mexico from any evidence of fraud in its accounting practices, accepting the way the firm accounts for expected earnings from its motorway concessions in Mexico. While the decision does not dissipate the cloud of corruption overhanging the company owned by Juan Miguel Villar Mir, it has uncovered part of an alleged plot which has provoked a very serious crisis of reputation.

A top executive of the OHL subsidiary was “caught out” in some telephone recordings, where he was heard negotiating charging the payment of a holiday for a Mexican government official to the Spanish company’s accounts. This was due to the fact that OHL had overcharged for two public works projects in Mexico. This scandal has affected OHL’s Mexican arm for nearly two years.

Why have OHL Mexico’s accounts been under the local stock market regulator’s magnifying glass for almost the whole of 2015? And why have the Mexican authorities now accepted the doubt over whether these guaranteed earnings are a financial asset or an intangible asset? Villar Mir and his close circle have started to put things in motion and are ready to uncover what they believe to be a real conspiracy, deciding to reveal whom they think is the real person responsible for the plot: Pedro Topete Vargas.

Vargas is a Mexican businessman with top level political contacts, specialising in doing business with administrative infrastructure concessions. His most obvious political supporter is Jose Angel Gurria, OECD secretary general since 2006; an important member of Mexico’s Institutional Revolutionary Party (PRI), where he leads one of its idealogical branches; one of the most relevant public figures in Mexico in the international arena, as well as being a political and institutional support for current president Pena Nieto.

In 2012, Topete set up the company Infraiber and three months later won the concession to install the so-called Independent System for Verifying Capacity (SIVA) on the toll motorways in the state of Mexico, all the metropolitan area which surrounds the federal capital. This mechanism was used to measure vehicle traffic, and so supervised the motorway concessionaires. The cost of the service was 50 cents for every vehicle which used these roads over the course of 20 years. A business which was going to generate over 120 million euros for Infraiber throughout the length of the concession. But OHL refused to install the SIVA system on its motorways. It considered that the price of the service was excessive, estimating that it should be no more than 13 cents.

Infraiber’s technical inability to fully develop the system and the complaint about overpricing led the authorities of the state of Mexico to revoke Topete’s concession. He spent all of 2013 and part of 2014 in litigation with the state of Mexico to get the it restored. He also took OHL Mexico to court, to no avail. In August 2014, he came to Madrid with the intention of getting OHL to buy the SIVA for $300 million. But the Spanish firm rejected this proposal. OHL executives have affirmed that in the face of this rebuffal, Topete threatened OHL and its management, alleging that “whoever starts the fight and breaks it up, has to pay.”

This threat materialised in May 2015 when some secret audio recordings were released, via YouTube. These recordings purported to show OHL Mexico executives discussing how to inflate toll rates by falsifying traffic figures.

The investigations carried out by the Mexican public prosecutor’s office point to Topete as the prime mover behind the distribution of these supposed conversations. He wanted to show that without any external control, without his SIVA system, OHL Mexico’s executives were manipulating the traffic figures and pushing up the toll fees. So in one fell swoop, he made the state of Mexico look ridiculous for taking away his concession and destroyed OHL’s reputation.

Mexico’s Public Prosecutor’s office searched Topete’s offices looking for incriminating documents. Topete’s partner and lawyer, Diaz Gargori, was arrested in relation to the publication of these supposed conversations. As a result, Topete left the country and set himself up in Brazil, where he awaits the outcome of events, protected by that country’s anti-extradition laws.

OHL maintains that after the conversations supposedly involving OHL Mexico executives were released, Topete spent his time divulging false information regarding the real situation of the company’s accounts, saying that they were fudged. A campaign of extorsion targeting OHL Mexico, which Topete’s political clout has endowed with aspects of credibility.

These complaints and accusations are what have now pulled the rug out from under the stock market regulator, having exonerated OHL Mexico from any fraudlent accounting practices, and only imposed administrative sanctions for incorrect procedures.

Topete seems to be a businessman who is used to living dangerously, as can be shown by the fact he has been recently accused of falsifying documents presented in relation to the awarding of the Rio de los Remedios-Ecatepec motorway concession.  He is also implicated in irregularities in the Naucalpan-Ecatepec motorway concession or in the Chiapas-Mayab rail concession. This was bought from the US firm Genesse&Wyoming via Viabilis Holding, in a way qualified as irregular.