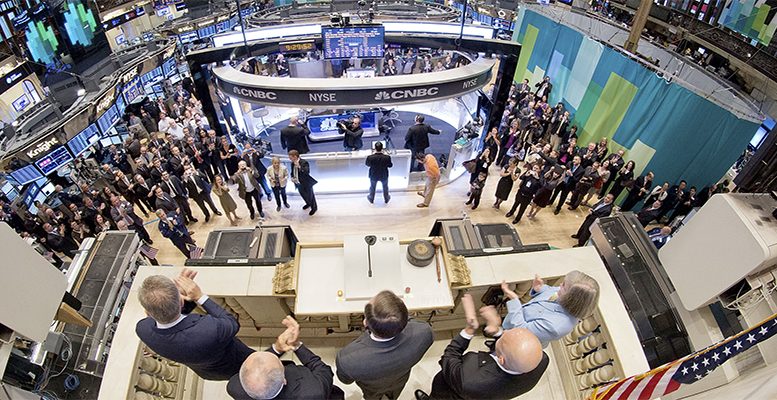 There is a habitual practice on Wall Street of companies buying their own shares to reward shareholders who hold them, and at the same time give a bonus to top executives.

The origin of the practice is to avoid paying taxes on dividends. In theory shareholders can be rewarded via dividends or buybacks, but there is no tax on the latter, so that makes it interesting.

It should be said that this activity uses “second hand” shares, not issue shares, so they don’t appear in GDP as they don’t add gross added value. It’s a mere exchange of ownership for money of something which was already issued. And like many stock market activities, it doesn’t create wealth but distributes it.

That said, it’s become a real plague on Wall Street. Whatsmore, with the recent decline in the stock exchange, it has got worse as the lower share prices are, the more economical the buyback is. Buying back shares makes them go up, so the shareholder’s portfolio is revalued. The company can redeem them or use them to pay a bonus to top management.

It’s difficult to find the pure economic sense of a buyback. As we can see in the graphic below:

During the stock market rises since 2009, the year when GDP in the US began to recover, we have seen slow and deliberate increases in GDP (Green) and business investment (red), while the market rose to highs, as we all know.

So it begs the question about the real use of buybacks and other activities. They move a lot of money but they do hardly anything for growth and productivity. Perhaps it would be best to balance out the fiscal effect of both forms of rewarding shareholders. Taxing the dividend has a moral purpose I suppose, but doesn’t make economic sense other than to actívate other ways of repaying capital. In any event, the recently announced tax cuts don’t look as if they will have the desired effect of boosting capital investment.

It would be shocking if we didn’t see a boom in investment apart from the roads and bridges which the White House has promised to fix up and manufacture, financing all this with public debt, since taxes are going to decline sharply as we have been told. With a bit of luck, Trump’s plan, like all his plans, won’t fully materialise, and the deficit would be less.