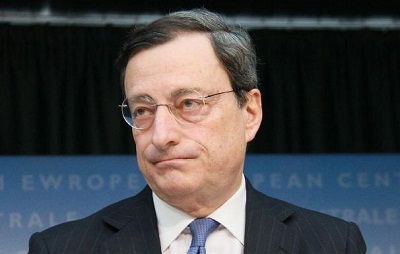 LONDON | Barclays Capital asked 80 of their fixed income clients about what the European Central Bank should do to calm markets down and deflate the ever more acute euro crisis. Investors from outside the euro zone said the central bank’s best chance would be to return to the markets to buy sovereign debt from Italy and Spain, cut interest rates and inject long-term liquidity into the banking system, but only 15% expect this to happen during the next quarter this year.

Respondents viewed rate cuts or a restart of the securities market programme (SMP) as equally likely, with about 30% of votes. Further liquidity operations or LTROs alone were not seen as very likely, even though Barclays analysts believe it is probably the tool that the ECB would use again.

There is a very clear message: 50% of votes favour that the ECB should restart the SMP, supporting Italian and Spanish State bonds, but with a different modus operandi. The most popular view, especially among non-euro area investors, was that the central bank should give up on its implicit seniority to be repaid before other investors, a condition acquired during the PSI on Greek bonds but not confirmed as such on other SMP holdings.

A 30% voted for the ECB to be more active in the market, buying and selling paper and indicating that it is not a buy-and-hold portfolio, or even 20% of votes suggested it could conduct regular buybacks on peripheral debt.

Interestingly enough, despite Germany’s initial oposition, the introduction of a pan-European bank deposit guarantee scheme by September was seen as the most likely, by 43% of voters, with strong backing by Italian, Spanish and non-euro area investors.