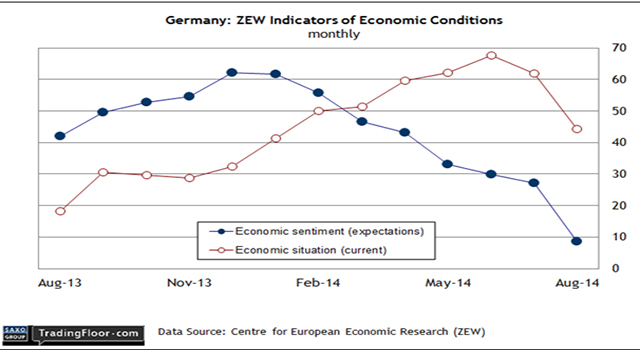 Until Thursday investors will pretty much focus on the Ukrainian conflict, since the truce decreed in early September between the authorities of Ukraine and the pro-Russian rebels is increasingly endangered by armed clashes-. Any news about a potential breakup of the same would have a very negative impact on Western stock markets, especially in continental Europe.

Be the first to comment on "Morning coffee: Germany’s ZEW, UK inflation, and much more"