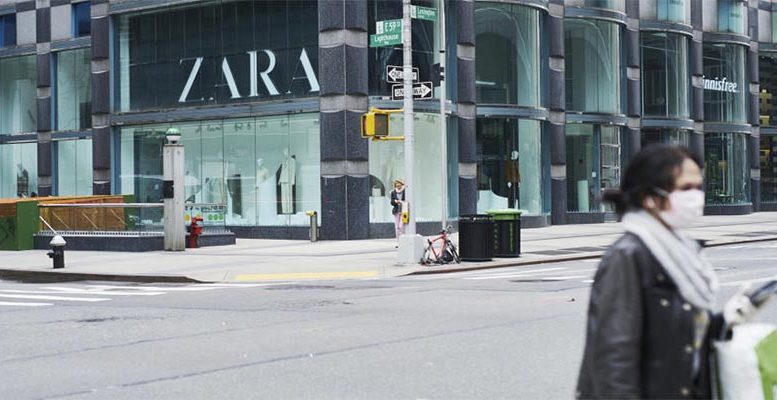 Inditex has published results for its first fiscal quarter (February-April), reflecting as expected the strong impact of the coronavirus: historical losses of €409 million, positive EBITDA although 78% lower than in Q1’19, and a 44% drop in revenues. Nevertheless, the company confirmed the payment of a dividend against 2019 results of 0.35 euros/share, 60% less than a year earlier. However it has suspended the distribution of the extraordinary dividend of 1 euro/share in the part intended for this year.

During the first quarter of its fiscal year 2020-2021, the Spanish retailer swung to a loss of €409 million from a profit of €734 million a year earlier, due to the economic impact of Covid-19.

These results include a provision for the conclusion of its space optimization programme of €308 million. Without this provision, the results would have shown a loss of €175 million.

Meanwhile, Inditex’s sales declined by 44% to €3.303 billion, despite the fact that up to 88% of the total number of stores were closed during the period due to the pandemic. Online sales grew by 50% in the quarter and 95% in April.

Inditex also gave an update on the three key lines of its strategy until 2022: digitalisation, the full integration of store and online and sustainability. Total investments will be around €900 million annually over the 2020-2022 period. The investment plan includes a digital investment of €1 billion over these three years. Inditex expects online sales to reach more than 25% of total sales in 2022.

The stores in most of the countries where they operate closed for part of the first fiscal quarter. In fact, at the end of the period, Inditex had 965 stores open (13% of the total) in 27 markets. However, stores have been progressively opening since March and as of 8 June, 78% of stores were open (78% of the total) in 79 markets.

These poor results will be reflected in the closure of shops. The company estimates that between 1,000-1,200 stores worldwide will disappear, of which 200-300 are in Spain. In total, Inditex has around 7,400 stores.