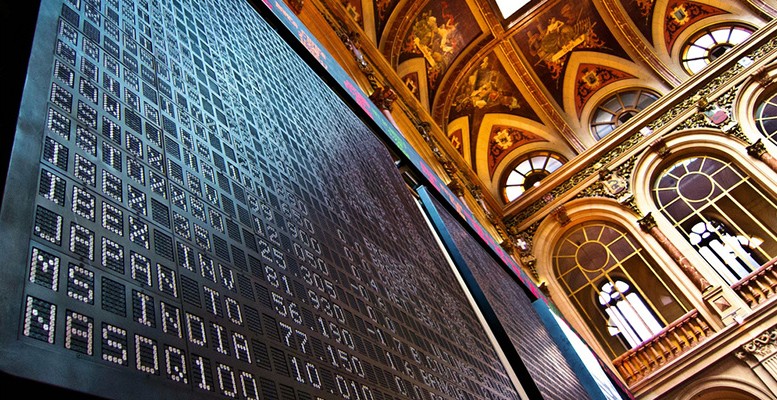 Responsible, professional investors don’t buy indices, they buy shares. They don’t invest “top-down” but rather “bottom-up”. In other words, they decide if they will become shareholders in one company or another, and evaluate whether the price they have to pay corresponds to the expectations for future profits and the risk undertaken in each company.

Making judgements on “whether a market is expensive or cheap,” using aggregates of prices and earnings, is a very risky simplification. To begin with, there are companies which don’t make money or even lose it, and quite a lot of it.

When we apply a PER to all the profit generated by companies included in an index, we are implicity giving a negative valuation to many companies (when their minimum price will never be below zero). We are also taking value away from the index. In certain sectors, like those linked to the Internet, electronic trade, or biotechnology, there are a good number of firms, some of which already have a very relevant size, which make very little profit, or don’t even make one. But because of their position in the market and the advances made in their goods and services, it’s predicted they will make a profit, and a hefty one at that, in the not too distant future.

If there is a significant number of companies which can multiply their profits a number of times in the short-term, including their value implicitly in an index by”top-down methods,” or, what’s the same thing, by multiple means, distorts the conclusions on whether the index is cheap or expensive.

In the end, there is no shortcut to finding out whether a stock market is expensive or cheap. You have to crunch the numbers, company by company. For example, within the 20 top US companies by market capitalisation (between them they represent almost 30% of the value of the S&P 500), with their PER multiples (with respect to 2016 profits, already known) and their dividend yield. The average PER multiple, weighted by market capitalisation as is the case with the S&P 500, is slightly higher than that of the index (22,8 versus 20,7). But first let’s exclude from the analysis all those companies linked to software or internet (Alphabet-Google, Microsoft, Amazon and Facebook). Then the two big oil majors (Exxon, Chevron) which, in a context of extremely low oil prices, registered profits far removed from those of a normal year, and which trade at multiples higher than 30x. Then we would see that the remaining 14 companies, big players in industry, consumer goods, the banking or pharmaceutical sectors, trade on average at a multiple of 17.8x 2016 profits. They offer a dividend yield of 2.4%, multiples which are clearly lower than those of the index as a whole.

Top-down and bottom-up valuation of the automotive sector

Combining all the data, a “top-down” analysis would show us that the stock market value of the US automotive companies was 145 billion dollars, and they made combined profits of 13.3 billion. So the US automotive sector would trade at a multiple of 10,9x profits. This is higher than that of the large European car manufacturers (those which have higher multiples are the “premium” players Daimler and BMW, with a PER of less than 9x).

A “bottom-up” analysis tells us that General Motors trades at a very low multiple, (PER 5,4), while Ford is similar to BMW or Daimler (PER 9,8). And, furthermore, that there is legion of enthusiasts who have blind confidence in the guru Elon Musk, Tesla’s chairman. Having sold 20 times less than its competitors and losing hundreds of millions of dollars instead of making thousands, the company has the same stock market value as they do.