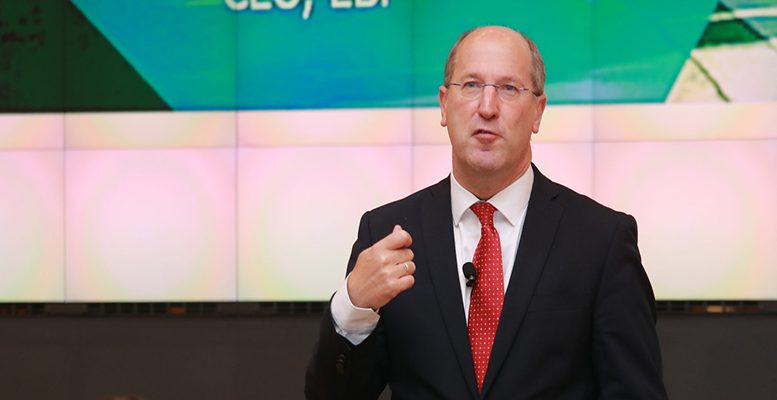 Markets4Europe is an initiative of the European Banking Federation together with leaders like Viviane Reding, ex-Commissioner for the Information Society and Commission Vice-President of the Commission Barroso, or Vitor Constancio, ex-Vice President of the ECB. What does it aim at?

We believe that Capital Markets Union is fundamental for the EU because the financing mix depends too much on banks, 80% of the European economy is financed by them. Something which I like, of course, because I am the CEO of the European Banking Federation.

There are many reasons why the Capital Markets Union must be a success. Apart from citizens for their businesses, fintechs, digital transformation or start-ups need financing not only through bank credit but also with equity and that needs capital markets. Because, moreover, following the crisis the banks have more regulations, more capital is demanded of them, so we need a capital market with liquidity.

One of the problems with weakly functioning capital markets is that some are well developed, as in France, but there are also others little developed, as in Croatia… What is the situation in Spain?

It is a well developed market, of course. Another question is whether it needs a Capital Market Union or a union of capital markets. First we have to see how these markets can function better locally. So we think they need two unions: to deepen and professionalise less developed capital markets and also to integrate them more. It is not one or the other but both.

There are many problems. Market actors complain about the insolvency laws, because of the difficulties in knowing whether you will get your money back or the enormous differences between laws in different countries. There are historical or legal reasons for that, we do not seek one single European insolvency law, but that they all achieve the same. If we are able to optimise these markets, then the campaign will have functioned.