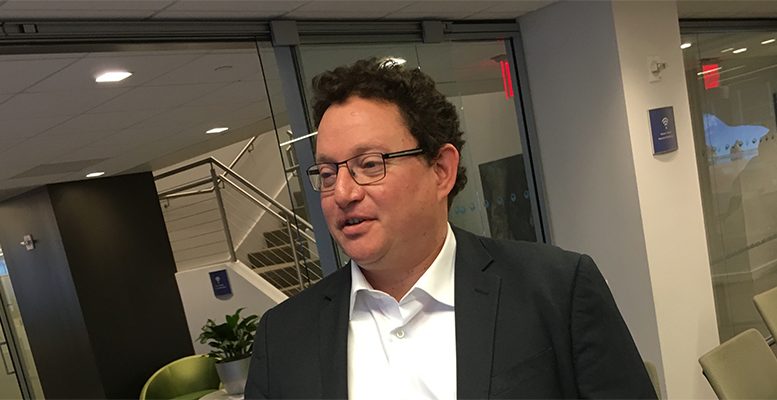 Argemino Barro | The Conference Board is a non-profitable organisation set up just over half a century ago by 12 big corporations to soften their public image during a time of social unrest. Nowadays it offers analytic tools for different sectors of the economy and has 1,200 companies from 60 countries as partners. Its chief economist, Gad Levanon, analyses here the situation of the US economy in the Trump era.

Q: The Federal Reserve has just hiked interest rates by 0.25% to the 0,75-1% range. Do you expect the contraction in credit will accelerate in 2017?

A: I think what we should expect is two or three more rate rises in 2017.

Q: What do you think are the most interesting indicators to monitor at the moment?

A: Two things. One is that the financial markets and the consumer confidence surveys have been very optimistic in the last few months. The big question is to what extent this will be reflected in the data, namely if companies spend more, hire more people and consumers spend more. It’s too early to answer this, because we’ve only had one or two months of data since the elections. But for the time being everything is going well, if we look at investments, for example, which are beginning to rise after two flat years; manufacturing numbers are improving, mining , hiring (the January figure was better-than-expected). Up to now, it looks like the confidence is being reflected in spending; the property market is also going up. The second thing to bear in mind is how fast the labour market will continue to adjust.

Q: Your speciality is the labour market and one of your favourite words is “tightening”, or narrowing, adjustment, referring to how the US labour market has performed since 2009 to reach close to full employment (4.7%). There are people who believe it’s feasible there could be a recession under Trump’s mandate. Do you think that’s posible?

Q: The White House and the republicans in Congress are negotiating tax cuts and it looks as if corporation tax will fall to 20%, something which the majority expects. What impact do you think that will have on the economy?

A: The impact will probably be positive, but the question is when this will happen. In the Conference Board we have improved our forecasts, especially for the second half of 2017, because we think that by then many of the tax cuts will have been implemented. But it seems like there are various things happening and the Administration is very busy and not everything is going very quickly. So the probability of these rate hikes really being implemented in 2017 is now not very high. We will undoubtedly see the impact of this more in 2018.

A: If and when it arrives, it will probably happen in a very tight labour market. One of the industries which, in particular, complains about the lack of labour mass is the construction sector. If you add to this the fact that many of the people who work in construction are undocumented immigrants who are now at risk of deportation, and probably less are coming…It would be a challenge to find enough workers to match the organic increase in property investment, which is speeding up, and above all in infrastructure. It will probably still be positive, but at a greater labour cost than many expect.

Q: What’s your view of the concept ‘America First’? I’m referring to the possible border tax, which is under debate, or to when the President names certain companies which are considering moving their business outside the country…Do you think this is realistic in a globalised economy?

A: It probably won’t have a big impact in the long-term. And apart from that, it could avoid some companies from going overseas. It’s not just the President. Americans are becoming more aware of the matter. Some companies will think twice about moving abroad, but this is not something which changes the long-term trends in the US.