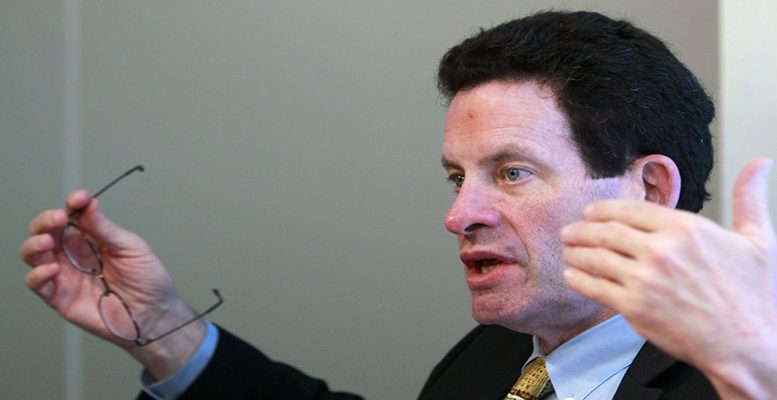 Pablo Pardo (Washington) | Ken Fisher is a curious multi-millionaire, who talks in plain language and loves the media. At 69, he is retired from the day-to-day management of his fund, Fisher Investments, which holds more than 100 billion dollars in management, and seems to be enjoying himself as a columnist in, among other media, the dailies Financial Times and USA Today and the weeklu Forbes, where he sets out his ideas about markets in a plain language easily understood by everyone. And he does not hesitate to runs against the current when, for example, he says “I am not a fan of philanthropy”, although, it also has to be pointed out that he has donated millions to protect woods in the US, especially the redwoods, a species of sequoia which reach more than 100m high and are one of the largest trees in the world.

Q.: The Federal Reserve has begun to cut interest rates. How far will it go?

R.: The most important thing for central bankers tends to be keeping their jobs. Thus the Federal Reserve is covering its back. On the one hand it has cut interest rates twice. On the other, it has let it be understood that, if things do not change, it will not cut them a third time this year. In this way Jay Powell is trying to keep everyone happy. Trump, because he has cut interest rates. But if the Democrats win, he will be able to argue that he did not give into pressure from the President.

Q.: The US is in the largest expansion in history. But Federal Reserve figures show that 47% of Americans have less that 400 dollars available for dealing with an emergency. This is practically half the country. Does this show that the economy is not as strong as it seems?

R.: Not necessarily. It clearly reflects an inequality of income, but you have to take into account that traditionally Americans have financed many of their activities through credit. The cliché of “charging the credit card” is much more than just a phrase. In a context of very low interest rates as well, this should not be a problem.

Q.: So the increase in inequality is not a problem?

R.: Inequality is a complex issue. For example, I agree with Greg Ip, of the Wall Street Journal, who has identified the group which has most benefited from the current expansion as unskilled and low income workers. This group was most affected by the increase in unemployment in the financial crisis, and since then has been the group most favoured by the economic expansion.

Q.: The US economy is also becoming less dynamic. The statistics reveal that the creation of companies, which is one of the defining elements of this country, has been falling for some time.

R.: And even so, if you compare the list of major US companies with that of other countries, there is a clear difference. In the US, the majority of the largest companies now not only were not in this list, but did not even exist, 30, 40 or 50 years ago. US capitalism remains very dynamic.

Q.: Talking of major companies, is the US stock market situation sustainable? Or is it too expensive? Are tech shares going to continue driving the market?

R.: To a large extent what we are seeing in the US stock market is the normal situation at the end of an expansionary cycle. The money is being concentrated in a few larger companies which, in reality, are very familiar names for investors. This is completely normal. To the extent that a bull market is consolidated, the major companies benefit most. This is because many retail investors who did not enter the market in its first expansionary phase know -or at least are familiar with – these companies. But, also, you are dealing with companies with high margins, with solid balance sheets. Look at the case of South Korea. Its economy has had several bad years. Its stock market too. With one exception: Samsung. Why? Because everyone knows Samsung.

If you compare the European and US stock markets, the latter have risen much more than the former. But if you remove US tech and communications shares from the equation, things change: the two regions have had practically the same evolution.

Q.: In Europe the economy is slowing and the impression exists that there is a growing political paralysis. Are the good times ending for the market?

R.: No. In fact the political paralysis could help the markets. Look at the example of the US. We have experienced years of almost complete paralysis, and the stock market continues to rise. I would tell the Europeans not to worry too much about the political blockage, whether in the EU as a whole or in the UK with Brexit. Or in your country, Spain, with the repetition of elections and the search for a new government.

Q.: You were in the news a few months ago when you attended a fund raiser for ex-vice president and now Democrat candidate Joe Biden. What could happen in the US in 2020 and how could it affect the market?

R.: It is impossible to know. I recall that some months before the 2016 elections, in July, I wrote in the Financial Times an article in which I said that Donald Trump could remain between 2 or 3 percentage points behind Hillary Clinton and, despite this, win the presidency because of the US electoral system [in the end Clinton won 2.1 points more than Trump]. The 2016 US elections were in many ways marked by the confrontation between rural zones and the cities, which is similar to what happened with Brexit. I have no idea what will happen in 2020, just as I had no idea in 2016. But what I do know is that the same situation could be repeated.

Q.: Returning to newly created companies, to what extent do some companies entering the stock market not have a really viable business model and are we facing a repetition of the dot com bubble, with companies calmly stating that they do not know when they are going to make money?

R.: The important thing is not so much whether a company earns money as whether it generates positive cash flow. If a company is capable of this, it can make profits when it cuts costs.