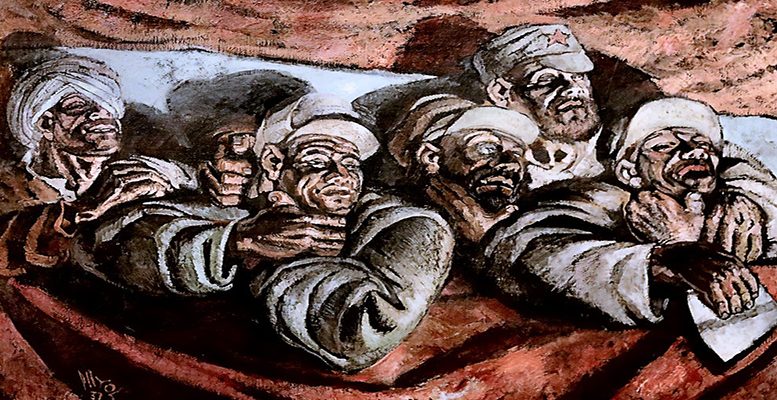 Donato Ndongo Bidyogo | “I have a dream … I have a dream that one day my four little children will live in a country where they will not be judged by the colour of their skin but by the content of their character”. The words of Martin Luther King in Washington on 28 August 1963, considered the greatest speech in history. His assassination on 4 April 1968 in Memphis (Tennessee) is the paradigmatic metaphor for a dream turned into a nightmare. A walk around the National Historic Park dedicated to him in Atlanta gives meaning to Calderon´s aphorism: “Dreams, dreams are”.

Perhaps we should recall these things given the clouds darkening the horizon. The phantasm of fascism again hovers over the developed world, the only one that matters in these cases because it marks the rhythm of our universe. Many warn that the frivolous treatment of the migration problem will cause the “rejection effect”, with intolerance growing and the increase of racism and xenophobia, fertiliser for supremacist theories and Nazi practices. It was also said – first by the German poet and playwright Bertold Brecht – that in the end we will all be the victims. Liberal governments – “the good guys” – effective solutions which would have avoided disaster; apathy and moral relativism which encouraged exclusionist nationalist reactions and protectionism with an autarchic flavour. It is undeniable that we now find ourselves at the end of an era which began with the defeat of totalitarianism in World War II, which consecrated other forms of interaction between the inhabitants of the Earth, recognising and broadening the rights of each one.

In the US or Europe, immigration is a source of conflict, a pretext for raising again ideologies which had seemed buried. According to a recent study by Professor Nicholas Sambanis (University of Pennsylvania), “the opposition to immigration could result from economic reasons provoked by the competition for employment or by the perception of the cultural threat which immigrants represent for the host country by challenging the dominant norms or changing the national identity”. It would therefore be very easy to remove the lure from the demagogues: it would be enough to reduce the lacerating gap between the wealth and liberty in the industrialised nations and the tyrannies which perpetuate the underdevelopment in countries producing raw materials.