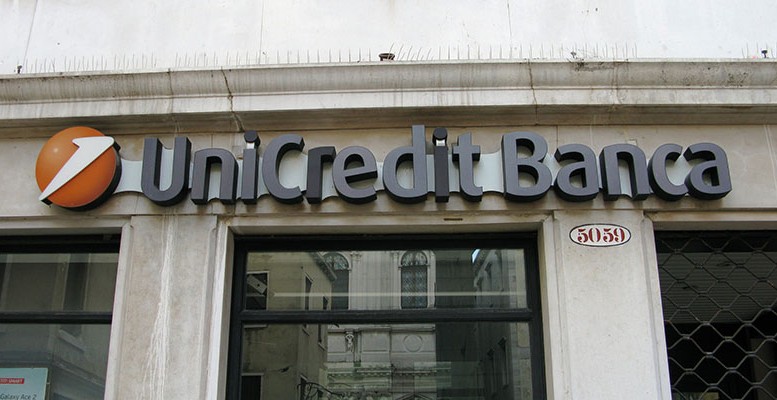 Unicredit has a potential upside of 20% for 2H19

The Italian banks’ share prices have taken a beating recently on rumours – partially confirmed – that the ECB has contacted some of them regarding their bad loans. And now some of Spain’s domestically-focused lenders are suffering from a contagion effect, posting losses and underperforming as the scepticism spreads to their own NPLs situation.

Before looking at each bank on a case by case basis, Banc Sabadell analysts highlight that “the risk of the ECB introducing new provisions or reclassifying NPLs would, in general, not make a lot of sense.”

In 2014, the highly capitalised Italian and Spanish banks were positively evaluated in the Asset Quality Review (AQR), and only very slight adjustments were made to their balance sheets. Then there was the stress test which all the banks on our coverage list passed. And finally, in 2015, we had the EBA’s Supervisory Review and Evaluation Process (SREP), an necessary analysis of the eurozone banks under the ECB’s supervision.

“None of these reviews rang any alarm bells, so it wouldn’t make sense if the same authorities now take a step backwards. In summary, we believe that the market is not discriminating on the basis of fundamentals, but has lumped all the Italian banks (particularly Unicredit) and some Spanish lenders (Liberbank, Caixabank on our coverage list) together with entities like BMPS and Banca Popolare dell’Emilia. These two banks are more compromised as far as their bad loan situation goes,” Banc Sabadell analysts say.

The Italian banking sector registered an average 6% decline in NPLs in November. This trend was explained in various press reports as being related to an apparent request from the ECB to the lenders regarding their bad loans. The delay in sector consolidation and the creation of a bad bank were other factors mentioned.

Intesa said it had not received any formal request from the ECB, noting that net bad loans totalled 14.484 billion euros in the 9 months to September 2015 (4.2% of total lending), with a coverage ratio of 62.8%. Its Core Tier 1 ratio was 13.4%. Unicredit did acknowledge that the ECB is seeking information from various lenders about their bad loans, but did not reveal if it is one of the banks concerned.

Acording to Banc Sabadell, it is “positive news” that both Italian banks have confirmed they have exposure to bad loans. And Intesa has been keen to kill the rumours, thus avoiding a possible contagion effect from the correction affecting Italy’s listed banks. “We think the beating Intesa’s share price has suffered is unwarranted”, they add.

On the other hand, the Spanish banking sector’s non-performing loans (NPL) ratio fell to 10.35% in November 2015 from 10.56% in October, according to provisional Bank of Spain data.

In the opinion of Bankinter’s experts, the drop in the NPL ratio is basically due to the favourable trend in outstanding bad loans which dropped 1.4% month-on-month and 21.3% from a year earlier. A slight uptick in total loan volumes in the latter part of 2015 also had a positive impact. Total loan volumes (1.34 trillion euros) registered an accumulated drop of 1.9% for the full-year 2015, but rose 0.5% in November from the previous month. NPLs fell 220 basis points in the full-year 2015 (and 238 bp in November from a year ago). “This is positive news, although they are still at record highs. The decline in NPLs will speed up if there is a substantial rise in the demand for credit, combined with further disposals of bad loan portfolios to institutions,” said they.

On another European banking issue, Reuters has revealed that pressures are mounting from both Germany and the UK to scale back the new capital rules for smaller lenders. The reason behind this is not to diminish these banks’ capacity to lend to households and small companies. That said, the doubtful situation of many entities in Germany’s atomised banking sector makes you question the real motive.