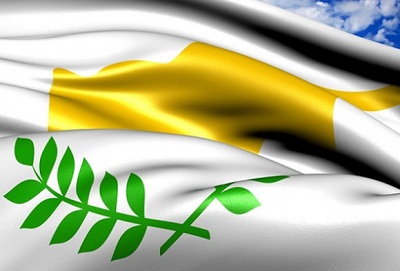 By Tania Suárez | Vassos Shiarly, minister of Finance in Cyprus, admitted Monday night that his country would urgently need a bailout. The Wall Street Journal and the Financial Times refer to several European officials who have said that this rescue would rise to €3 billion to €4 billio.

“This issue is urgent. We know that the recapitalisation of the banks (in Cyprus) must be finished by June 30, and we’re running out of time.”

Shiarly also pointed out that the European Union has enough mechanisms to support those countries in need of financing, and he added that the Spanish case has shown that Nicosia could get 'good conditions'. Besides, Cyprus’ sovereign debt is at a controllable 71%. The Cypriot government expects to bring the defic

Experts at Morgan Stanley said that Cyprus’ bailout would be a rescue of the whole country, not just of the banking system such as in Spain. According to Morgan Stanley

“one gets the feeling that the fifth bailout is on its way.”

International markets already knew about the difficult situation in Cyprus, especially since this country is strongly connected to Greece. Markets also knew that the amounts are small. However, this knowledge does not help the feeling of distrust, and it even increases the need of a Europe more focused on the Fiscal Union.

Cyprus approved last May the injection of €1,8 billion for the second financial institution of the country, Laiki Popular Bank. This operation involved a 10% of the GDB of the third minor economy of the European Union.

In early July, Cyprus will assume the presidency of the EU, and it could be the first country which will manage the Union after receiving aid from its partners in the euro zone.