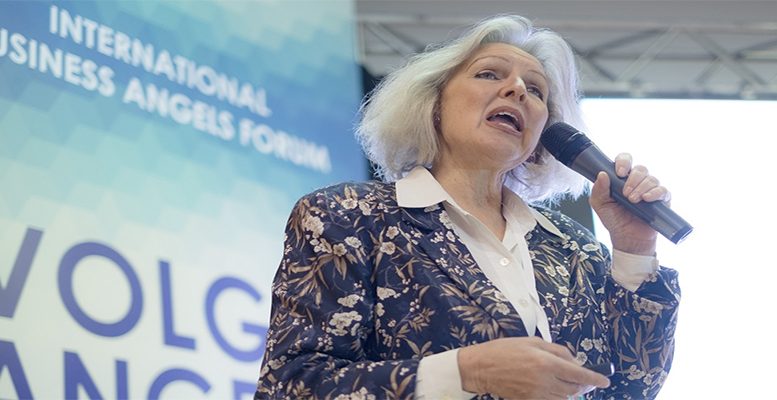 After participating in the founding of Astra and SES (which today operates 52 geostationary satellites, capable of reaching 99% of the world population), Candance Johnson leads the European association of ‘business angels’. She is determined to build an online network of investors and provide the European Union with a “nation of investors”…a nation which needs an online “passport,” which can be used throughout the Union, something in which Estonia seems to be leading the way.

Question: With so much liquidity in the system, people are once again paying 10 or 12 times Ebitda for the more attractive companies. This is something we have not seen since before the crisis, or even longer. Does this make sense to you?

Answer: The truth is that I would like to see part of this liquidity going into the start-ups and scale-ups. Along with private investors and business angels I am trying to create what I call a nation of investors in Europe. Look, my father always said: if you don’t invest in the next generation, it will be lost. He already worked in venture capital in the 1920s and helped to establish funds in Israel through which people could invest in companies in their own country. So I see the world from a very different perspective than that of a CEO of a listed company. It’s important that business angels know about the stock market, yes, but value is the key thing. What I like to do is to build companies back up again, without looking at the quarterly or six monthly results.

Q: It’s interesting that while they say there is a lack of investor appetite throughout the developed world, you continue to play with your money, your capital…

A: In contrast to Venture Capitalists – risk capital – we business angels play with our own capital and our own efforts. Of course, it’s always money that you can afford to lose, an average of around 20,000 dollars per transaction. We are close to the entrepreneurs. I like to say that we invest in a good story which we believe in. Can you imagine what it was like for me to put up money to set up the first European satellites system? That was a wonderful story.

Q: You are talking about an average of 20,000 euros per project and, generally speaking, angel investors make a moderate capital contribution…Can you move up from a start-up like that?

A: The way in which start-ups become scale-ups is they reach transformational deals with big companies. For example, we took start-ups to Amadeus, in which they had invested, so that the company could pass them part of their operations, or even buy up some of these start-ups. Business angels contribute four things: capital, a network of contacts, experience and know-how. In the end, the big companies have the key to raising the start-ups to the next level. That’s the reason I am working a lot with them, so that they realise that we need frequent innovation but that can’t be developed easily or immediately.

Q: Do you find it easier to invest in Europe?

A: Well Europe is much more open in this sense. The US is very protectionist. Here in Europe, I can invest everywhere, and my colleagues do the same, not thanks to the regulation but in spite of it. I have always created muy own market and infrastructure. When I launched SES private satellites were not allowed. And at the beginning we supposedly had to ask for a permit to have satellite capacity in France, with a segment which would cover the whole country, and another in Germany and another in Italy…It was totally ridiculous. So I set up an RFP – a special type of offer for suppliers – for the whole of Europe. And one signatory met a third of the cost of the rest. And I got them involved. There was a big argument, but eventually it was decided that there could be competition between the signatories…This issue is perhaps too technical, but the idea is that one country can satisfy the needs of all of Europe.

Q: What is your view of the Capital Markets Union?

A: It’s a good idea and, in fact, I hope that our European Innovation Fund is included. When Jean-Claude Juncker was appointed Commission president, I spoke to him. I called a meeting with the whole of the private sector in Luxembourg and explained that we could put a lot of money into the Juncker Plan as long as the framework was suitable. And we told him: the framework has to be like this, this, and this. It’s called the e-zone paper. And I am a person dedicated to the world of satellites so I don’t believe in harmonising the rules, that would take a very long time. The e-zone could be something like a satellite zone. What we want is for businessmen to have a single market.  And the country which is really making this happen is Estonia.

A: Through what is called the e-residency, a card that allows you to set up your own business in one day. It’s an identity document which uses blockchain technology. It gives you a digital identity which you can use to operate with banks, to set up companies and assault the whole of the European market. I think it’s the only way to do it. Because all this regulation about taxes, pensions etc…it’s ridiculous.

Q: How much do companies created under the auspices of the e-residency pay?

A: Approximately 10%. I believe that Estonia will become the Delaware of Europe. At least that’s my objective. The big companies don’t need this, it’s for the small businesses. Entrepreneurs are always going to find a way of getting the opportunities they need. I never waited for the government to tell me what I could or could not do.