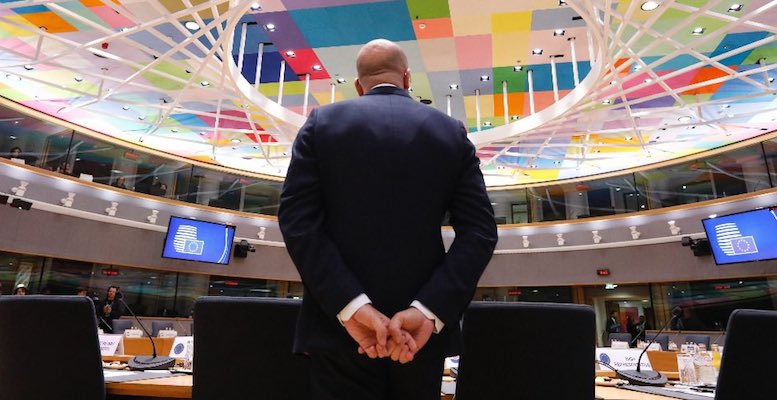 The empirical evidence for a large sample of countries at different stages of development since 1960 to the present shows that an increase of 10 percentage points in the ratio of private investment to GDP corresponds to an increase of 3.1 points in the long-term growth rate of per capita income, higher than the elasticity of 2.7 obtained between total investment and growth.

We see this as evidence that the focus of policies oriented to providing fiscal stimulus to incentivize private investment, such as the European Fund NGEU as an adequate strategy to increase per capita income growth in the long term in European economies.

Investment and economic growth
Behind a successful economic growth story there are always good economic, social and political institutions and policies that favor the accumulation and efficient use of production factors that are increasingly important for economic progress: productive capital, human capital and technological capital.

When conditions are favorable, the (domestic and foreign) private sector invests in new projects, innovates and takes advantage of the opportunities offered by available technologies, thereby creating jobs and increasing productivity. These conditions bring about efficient public investment that compounds with private investment to increase growth. All this translates into an increase in per capita income and welfare.

In addition to good governance, policies and regulations, the role of institutions is key to generate an environment conducive to sustained economic activity. Adequate, efficient and independent institutions generate confidence, ensure good regulations and policies, bring legal certainty, reduce corruption, increase market competition and openness, improve the protection of property rights and the economy’s business environment. These conditions are key to ensure a good platform in which, however, some countries develop and organize their economic activity better than others.

Behind the institutions and the rules and norms that govern societies are people, with their human capital. Institutional quality, human capital and investment interact with each other dynamically in a virtuous circle of economic progress and social welfare. The interaction of these factors helps to explain the paradox posed by Nobel laureate Robert Lucas (1990), according to which productive investment, particularly the most technologically advanced, does not always flow from rich countries (where it is more abundant) to less advanced economies (where it is scarcer) as its profitability remains higher in the former.

This interaction between institutional quality, human capital and investment is precisely at the heart of endogenous growth models (see, for example, Romer, 1990, Jones, 1995, Barro and Sala-i-Martin, 1995, or Aghion et al., 2014). Unlike exogenous growth, in endogenous growth models technical progress is no longer a manna whose generation is independent of the allocation of resources (capital and labor), but the result of decisions to accumulate human capital, investment in productive capital and R&D to develop new processes and products. These decisions depend on factors that directly affect the ability to generate and disseminate ideas as determinants of technical progress: the quality of institutions and international trade. The ability of societies to create the conditions for these determinants to generate growth is very diverse and explains the success or the failure of some economies compared to others (see Acemoglu and Robinson, 2012). As a result, good public policies that encourage a permanent rise in the private investment rate lead to an increase in long-term economic growth.

The Empirical Evidence
The functioning of institutions and the rules and norms that emanate from them explain why some societies end up having more human, technological and physical capital than others. All this translates into a simple hypothesis to be tested empirically: under the right economy’s business environment, foreign and domestic capital invest, through firms and entrepreneurs, and per capita income grows, as proposed by endogenous growth models.

The empirical evidence is clearly favorable to this hypothesis. Using data from the Penn World Table version 10.0 (see Feenstra, Inklaar and Timmer, 2015) and IMF (2020), Figure 1 shows the correlation for a sample of 104 countries for which data are available from 1960 to 2017, between per capita income growth and private investment in gross fixed capital formation, which includes investment in construction and (only for recent years and with some measurement problems) R&D investment. Following McGrattan (1998), to simplify the representation, each point reflects the average of 5 countries, ranked by their per capita income growth, although we have also highlighted the particular position of some countries.