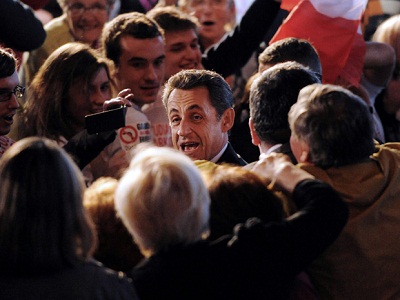 LONDON | In its global macro outlook report, investment company Schroders said on Friday that its eyes were on France amidst ongoing euro zone concerns and despite the uncertainty surrounding Spain. The upcoming elections could thwart France’s plans to implement State budget cuts, the Schroders paper highlighted, while the European Central Bank refinancing lines would have ring-fenced the Spanish banking sector from liquidity scarcity, unlike Italy’s. “France is the euro zone member currently most vulnerable to political risk and the risks surrounding the implementation of austerity measures due to its upcoming presidential election.

“Spain also remains at risk,” the analysts said, “but with Spanish banks holding plenty of liquidity post long-term refinancing operation (LTRO), it is relatively attractive versus Italy where banks and the government will likely need access to capital sooner and in larger size.”

Schroders’ head of global macro, Bob Jolly, noted that following the strong rally this year, valuations in global credit markets are now much closer to fair value and the spread on financials reflect the support offered by the LTRO. However, he said he expected investors would seek credit exposure more because of the higher yields on offer than because of any expectation that spreads versus government bonds will compress significantly.

“The risks to growth expectations could go either way, so we expect markets to remain nervous and levels of volatility to remain elevated,” Jolly warned.

Schroders indicated it is less bullish about the US economy than it was a month ago, but hoped it to continue to provide some positive surprises. Asia will continue to outperform expectations and Europe will remain the laggard, the investment management firm said. On the Anglo-Saxon, the company alerted about the inflation dormant danger:

“We think the US and UK are likely to take the greatest risks with regards to inflation, due to the debt dynamics in both countries. Both have high levels of nominal debt and real assets dominated by property and equity.

“Deflation would be fairly disastrous for both counties leaving the central banks prone to keeping monetary policy at an extremely accommodative level for too long.”

Be the first to comment on "France most vulnerable to political risk in the euro zone, says Schroders"