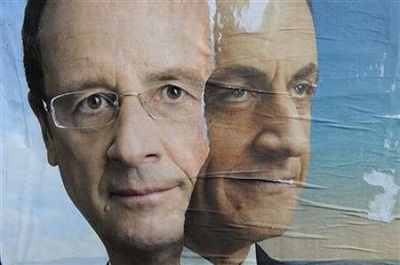 MADRID | Although nine candidates attempted on Sunday to pass through to the second round of the French presidential elections, only two mattered in the dispute for the trophy: Nicolas Sarkozy, current president of the republic, and the socialist Francois Hollande. Two days after the first round of elections, the polls are very clear and give a significant advantage to Hollande, with an intention to vote of 54% against 45% for Sarkozy.

But, what are the objectives of each of them for France? Would they respond to the crisis’ challenge with the same weapons?  The global cash equity sales department at JP Morgan analysed the plans of each one, which are very different, and The Corner talked to Hugo Anaya Tapia, executive director of the unit.

“both Hollande and Sarkozy agree on the same deficit target of 3%. Yet, only Sarkozy said it would implement measures to achieve it in 2016, while Hollande would plan to do so in 2017. The two French politicians want to implement the ‘golden rule’ on budget balance, but Sarkozy wants to put it in the constitution while Hollande wants to use a simple law for this purpose.”

As for labour costs, both talk the talk of reducing, but non of them specifies many details.

“The French Socialist party is the maker of the 35-hour work week, and some of its principles may collide with the reality of the needs to combat the crisis,” says the analyst. “On the revenue side, Hollande says he wants to raise taxes on top earners, and Sarkozy speaks about an increase in VAT by 1.6% to 21.2%.

“And on business, Hollande wants to lower the rate for small businesses to 15% and 30% for medium size companies, while the big corporations would see a rise of 1.5% to 35%. Sarkozy speaks of a review of the taxation on corporations, and raise taxes on the profits generated outside France. Both coincide on putting a tax on financial transactions, but Hollande would impose taxes on banks and would even separate retail banking from investment banking.”

“regarding the euro zone, Hollande has reiterated its intention to renegotiate the ‘fiscal compact’ accorded on December 9, 2011, and also wants more action from the European Central Bank, but maintains it should remain independent. Hollande also talks about the introduction of Eurobonds as a way to jointly issue European debt. It seems that on the other hand, nevertheless, none of the candidates is willing to share national sovereignty.”

“the failure of the Merkozy front, as the relationship between German chancellor Angela Merkel and Hollande may not be as smooth.”

Be the first to comment on "Hollande vs Sarkozy: a quick check by JP Morgan"