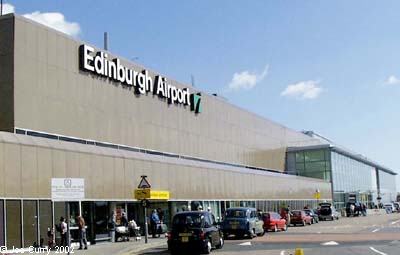 MADRID/LONDON | BAA, the company owned by a Spain’s Ferrovial-led consortium and that manages most airports in the UK, announced Monday the sale of its 100% interest in Edinburgh Airport Limited. The asset will be acquired by Global Infrastructure Partners GIP for £807.2 million, which surpasses in some £200 million estimations made in advance by analysts in the Madrid financial City.

The news was favourably received by most experts. In several investor notes published today in Madrid, analysts highlighted the price the Scottish airports had finally achieved and forecast a positive impact on Ferrovial stock. At ACF, researchers said that

“the initial rumours had placed the final sum around the £850 million figure, which would be an excellent result for Ferrovial. In our opinion, asset value, taking the recent sale of Naples airport as a comparison point, would be £650 million.”

The Sabadell Bolsa report pointed at an even lower starting price of between £500 million and £600 million.

Colin Matthews, chief executive of BAA, said that the company would now focus on improving passengers’ journeys at Heathrow and its other airports of Stansted, Glasgow, Aberdeen and Southampton.

Edinburgh Airport handled 9.3m passengers in 2011 and generated earnings before interest, taxes, depreciation and amortization of £48.3 million last year. GIP, which is already the proprietor of Gatwick and London City airports, agreed to make the price payable in full at closing. The operation is expected to be completed by the end of May.