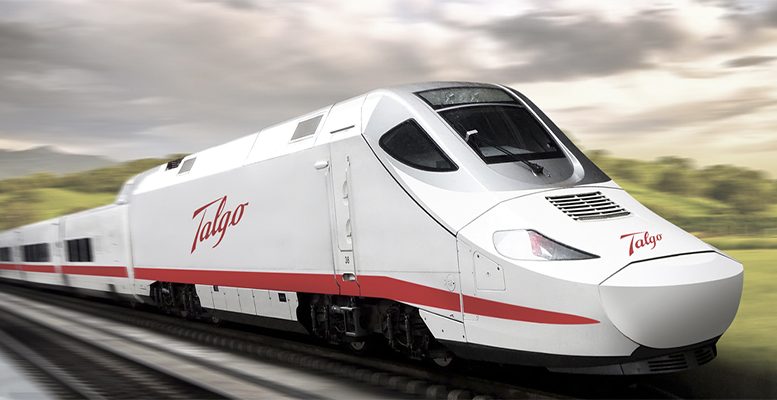 We are not going to reveal any great secret now if we say that Talgo has been the big railway company protected by all Spain’s governments, including those in the time of Franco, who have chosen its faster ultralight trains for its long-distance routes. And this without detracting from the Basque company CAF, which has also won a good part of the contracts for the supply of the rolling stock for the underground and commuter trains throughout Spain over these last decades.

It can be said, in fact, that there has been a kind of sharing of roles between the two companies. Each one with its speciality. This division handed down from high started to become unbalanced under Aznar’s government. It had no doubts about its preference for backing Talgo so it could break into the high-speed train sector,

In the case of the socialist party, it didn’t even discuss the technical abilities of the French company Alstom or Germany’s Siemens, limiting themselves to sharing out between the two of them the order for the AVE to Seville – although they did oblige them, and Alstom in particular, to take on rail assets and workforces in Spain like those of Macosa and Ateinsa. But in the Popular Party’s case, it never concealed its ambition to convert Talgo into the leading company in the sector.

So that’s how Talgo’s trains were introduced on to the high-speed rail lines in Spain (without the strict AVEs characeristic, with slower speeds). And that’s also how the company has been encouraged to design its own high-speed products to compete in the sector and become the Spanish high-speed champion. The company is part of the consortium involved in the construction of the AVE to Mecca, which also includes Renfe (and not CAF). It has designed a specific product for this project, its Talgo 350, with a Bombardier engine.

What is the basic theory behind this strategy? Very simple. That a country needs to take advantage of its strengths to boost its industries. And it has to do this at home first before expanding to international markets. If Spanish infrastructure concessionaires like Abertis, Cintra Itinere have triumphed globally, it’s because they had unprecedented experience of toll motorways in Europe. The same can be said about other sectors like private urban services – FCC, for example – unknown in the rest of Europe. The big Spanish construction companies also set up their business model in the domestic market – very quickly and by subcontracting – before embarking on their overseas drive.

So it was not so surprising that Renfe included Talgo in a high-speed project in the desert, namely the AVE from Mecca to Medina, with its 350 SRO trains which have never run commercially. The odd thing is that the Saudis accepted this, ruling out more proven veteran “players” like Alstom and Siemens. The latter complained bitterly about losing the “contract of the century”, worth 6.7 billion euros, and they blamed Don Juan Carlos and his friendship with the Saudi royal family.

And it’s no suprise now that Talgo’s Avril – with its own traction power –  has beaten Alstom and Siemens and won the contract to build 15-high speed AVE trains for state-owned Renfe.

It turns out that Talgo’s AVEs are cheaper, with lower running costs, are more efficient and are more comfortable than those of its rivals.  At least that is what has been confirmed by the barometers Renfe used to decide on the winner.

Faced with this, the others hardly even flinched. In case it could get worse. And there will be another contract in the future to provide some consolation. At the end of the day, both Alstom and Siemens, foreign companies, have important manufacturing installations in Spain and are confident they will continue to receive orders. The only one which did react, and rather half-heartedly, was Alstom.

The French have their doubts about how the calculations were made and have asked for clarification. For example, they have asked to see the text of Talgo’s proposal. They believe the information provided at the time the proposals were first submitted on November 22 is incomplete. Alstom finds it very strange (!!!) that Talgo’s Avril was considered to be the most efficient and economical, when it has never been in circulation.

In any event, many in the sector are asking how Talgo’s Avril train could have got the best technical mark when it’s not even in use, compared with the tried and tested products of Siemens and Alstom. Furthermore, the price offered by Talgo is, in fact, so low that there are some people who don’t think it is realistic. In the end there will be additional costs and the price will end up increasing. But, for the time being, it has won the bid.

And for the time being, it can’t be said that investors are very happy with Talgo’s victory. And neither has its share price, which has lost nearly half its value since its stock market debut in June 2015 , recovered much after it was revealed the company had won such an important contract. It rose from 3,8 euros on November 17 to 4,85 euros on November 22, where it has remained. That’s because a lot of people think the contract could end up causing Talgo problems.

That’s perhaps because there are many who have their doubts about Talgo’s financial muscle for embarking on such huge projects. At the end of the day, Talgo only generated 521 million euros of revenues last year, most of which was from maintenance (rather than sales of rolling stock). This is very small fry compared with CAF, with revenues of 1.284 billion euros, which places it in Europe’s Big League. Not to mention Alstom with revenues close to 7 billion euros.

In spite of all the above, as we said before, it’s clear it will not come to anything. Some expected Alstom to contest the bid last Monday, but it didn’t do it. Possibly not only to avoid making an enemy of its powerful client, Renfe, but also because, in reality, anyone could nail their colours to the mast.

Whose AVEs are in circulation in Germany? Siemens’, of course. And who manufactures the famous French TGVs? Alstom, of course. And if in Spain everyone pretends as if there is competition and technical decisions and all the rest, in France the government is completely undaunted by a totally excessive support in a Europe where the member states’ favouritism towards its own companies can, theoretically, incite harrassment.

And it’s not that French ministers, nor President Hollande himself, go round the world like travelling salesman working on behalf of Alstom. The point is that now the government has decided to take the future of the company, which is not in a very good financial situation, into its own hands. French Economy Minister, Emmanuel Macron, has announced the state will buy 20% of Alstom, currently owned by Bouygues. He has also said, without blushing, that “the State will play its role in the company.” The builder has been included in the design project for the plans for the high-speed train expansion.

As Le Monde itself has published, “Alstom and Ademe will create a joint venture for this project which will present a bid in the auction for the TGV trains, tailor-made for Alstom.” Between the two of them – one a state-owned company and the other about to become one – they will invest 150 million euros. According to Macron, they will both “configure the TGV of the future”, French, ‘of course.’ So in the end, it’s clear it’s better for the French to keep quiet. Everyone is playing the protectionism game and the best player is the one who shuffles the deck and deals.