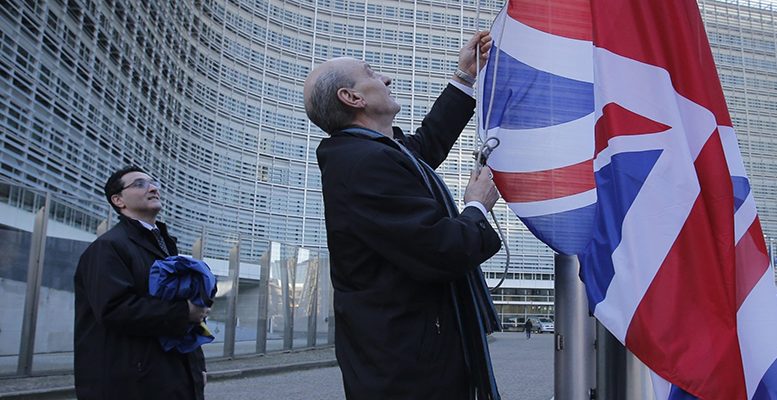 At the beginning of 2018, the different EU countries and European institutions began to negotiate the next EU budget (formally called the Multiyear Financial Framework or MFF), which should fix the annual spending limits that the EU can devote to financing common policies during the seven year period 2021-2027. Although the common budget is fairly modest – it represents 2% of the Union´s total public spending and 1.03% of the EU’s GNI – it amounts to an expression of the political priorities of the Union, CaixaBank Research says.

Firstly, the next budget will be the first post-Brexit. With the departure of the UK, the EU loses a significant net contributor. In the current budgetary framework, the UK has paid approximately 28 billion euros more than it has received (or 1.4% of its GDP) between 2014 and 2017, which makes it the main net contributor after Germany. Therefore, the financial impact when the UK stops contributing to the budget, after 2021, could be between 10 and 12 billion euros per year, equivalent to about 7.1% of the budget. This financing gap could make even more difficult the already complicated negotiations between net contributors to and beneficiaries from the budget, given that the 27 will have to decide if they want to compensate for this reduction in income by increasing contributions or cutting expenditure. And if they decide to increase contributions, they will have to decide how to share the burden.

Moreover, the reduction of resources resulting from Brexit coincides with the willingness of member states to devote greater efforts to new priority areas. In particular, the 27 have recently fixed their vision of the Union for the next decade and have decided the areas in which they are committed to achieve it. Geopolitical conflict, terrorism and the refugee crisis have shown the importance of a greater European coordination and integration in foreign, defence and security policy. Therefore the 27 want to dedicate more resources, and also greater coordination efforts, in these areas. The challenge consists in how to dedicate more resources to these new political priorities and, at the same time, maintain spending on existing budgetary priorities like R&D, digital transformation or youth mobility.

Although the numbers being floated in the Commission proposal still have to be debated and agreed by all the member states, they serve as a point of departure for the negotiations, and indicate the challenges and restrictions which must be overcome. In particular, the Commission proposes a very modest increase in the funds from the current 1.03% to 1.14% of the GNI of the Union – an amount which remains modest in comparison with the size of the EU economy. However, some countries like Austria and the Netherlands are opposed to this option and insist that after Brexit the size of the budget must be reduced and efficiency increased. Moreover, the Commission proposes introducing new sources of its own income, like environmental taxes, although some member states are reluctant to yield fiscal authority to Brussels.

On the spending side, the Commission proposes to simplify and reorganise the spending commitments towards the priorities identified above which have grown in importance, as well as reducing the proportion of resources destined for the two largest programmes, the Common Agriculture Policy (39% of total spending) and Cohesion Funds (around 27%). However, some countries which benefit from these funds, like Ireland or Poland, reject this strategy for fear of suffering cuts.

There are other points that could generate debate. On the one hand, the willingness of the Commission and some member states to condition the budgetary spending that a country receives on respect for the democratic values and principles of the Union could exacerbate the existing divisions between the countries in the East and West of the Union. And on the other hand, the proposal by France and the Commission to dedicate resources (2.3% of the budget) to an institution that exercises a macrostabilising function in the Eurozone, which would allow it to confront future shocks, is already opposed by, among others, the Netherlands and Finland – countries which stress the importance of each country taking responsibility for its fiscal policy.

Thus, the discussion of the next MFF supposes, in principle, an opportunity to reform European finances and stress the principle that sharing resources at a European level can add value in some areas and produce results that the individual spending by countries cannot produce. But, for the composition of the spending to reflect adequately the Union´s political priorities, important changes will be needed in the assignation of common resources, and the countries will have to stop focusing on net balances – the difference between what the countries contribute and receive. The outcome of the negotiations on the next financial framework will be a reflection of the real commitment of the 27 to advance firmly in the construction of the Union.