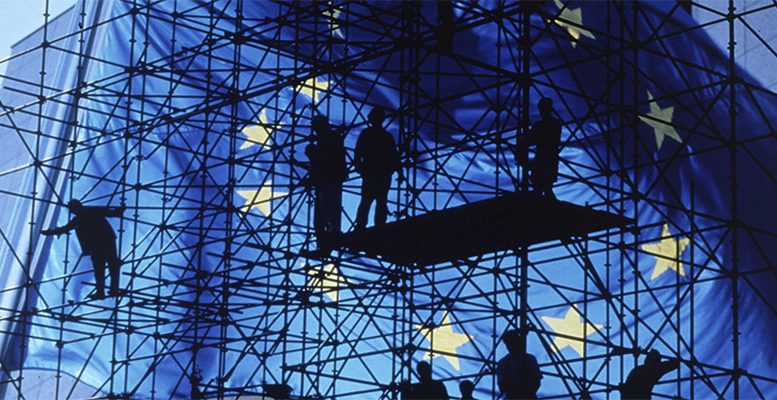 The Banking Union in the Eurozone is incomplete without its third pillar, namely a common Deposits Guarantee. And the Single Resolution Fund, with 55 billion euros is also incomplete, still in its infancy. Countries like Spain have not yet approved the Treasury line for this mechanism which would bail out banks when their own funds, or the bail-in, are exhausted. Within the EU it is being discussed how to set up a fiscal backstop, a barrier of public money to be used in times of crisis, not just to help out a bank.

Amongst the ideas being considered is the creation of a common unemployment insurance which would complement state contributions, covering or reducing part of the one-off cost of the crisis.

Implementing these measures implies greater economic integration in the Eurozone, strengthening Fiscal Union. Frank Smets, advisor to ECB President Mario Draghi  laments the fact that “the appetite for advancing with further integration of fiscal policies is not at its best.” A process which has been halted for months despite the agreement surrounding the Five Presidents Report, which proposes deeper European monetary union.

Exactly seven years ago, November 11 2009, the then Economic Commissioner Joaquín Almunia acknowledged that Greece “was a threat to the whole of the Eurozone,” after confirming the country’s deficit would swell to 12.7% of GDP. The Banking Union has been constructed to avoid bailouts like Greece’s three or, particularly, Ireland’s, which was fuelled by the failure of the country’s big banks.

This architecture is accompanied by the ECB’s Quatitative Easing. And still Brussel got cold shivers again this autumn because of the problems of Deutsche Bank, the biggest systemic bank in Germany.

Economists like Pia Hüttl y Dirk Schoenmaker in Brussels calculate the potential fiscal cost to the eurozone of recapitalising their main systemic banks at between 4% and 12% of GDP. The US, China or Japan would indeed be capable of “offering believable fiscal backstops” for its big lenders.

Hüttl and Schoenmaker believe The European Stability Mechanism (ESM) could be used “as a fiscal backstop for recapitalising the important systemic banks directly within the Banking Union” in the face of a serious crisis. A “last resort, after all the bail-in mechanisms have been exhausted” to be used to maximum capacity.

The ESM would become a European fund with liquidity to help countries in difficulties or to bail out banks.

“Something has to been done to convert the ESM into a kind of management tool for a crisis,” Smets explains. The same day as the Eurogroup met, Draghi’s advisor acknowledged in Brussels that “probably something more will have to be done to turn it into, let’s say, what we could call a European Monetary Fund which can respond in a simpler way to these crises.”

This option is know about in Brussels but it would imply making changes to the EU Treaty to include the ESM as a community institution. At the moment it is only an inter-governmental agreement. But the EU is affected by the political bottle-neck of euroscepticism, fuelled by the economic crisis. And there is a lack of appetite on the continent for getting involved in an integration which should precisely help avoid fresh crises.