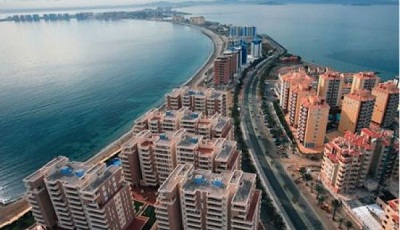 By Julia Pastor, in Madrid | Perhaps the British households in economic troubles because of the crisis and the unemployment impact are mildly familiar with the words eviction or lieu of payment, but more than 150.000 Spanish families have already been evicted and another 330.000 are in the same process. They are destitute families, with all their members unemployed and no additional income, who cannot face up paying their mortgage. On Wednesday, the Spanish government has proposed some measures to try alleviate this social scandal, which will require again, as the plan to cancel the regional and local debt will, the invaluable help of the Spanish banks.

The Spanish minister of Economy and Competitivity Luis de Guindos announced that he is negotiating an agreement with the banking sector including recommendations and legal measures which will be part of a future code of good practice afterwards.

Among the pocketful of proposals to avoid Spanish unpoverished families to be evicted, these following are outstanding: first, banks will be required a two-year postponement of the families’ eviction. They will be also demanded to consider the lieu of payment as a formula to cancel the mortgage debt, thus allowing owners to exchange the mortgage value for the property itself.

This point seems to be the plan’s most controversial since the lieu of payment does figure in the Spanish Mortgage Act, but it is scarcely applied because it means less guarantees for clients. The question about the lieu of payment is that is can be applied retroactively, though. If there is no provision for this formula in the mortgage contract, the holder cannot invoke it and neither can the banks, whose capacity to act is also restricted by these same conditions.

Furthermore, the government has also considered that the financial entities should cover the remaining part of the debt when the property value is insufficient to pay the whole debt. The mortgage instalments are just accounted to reduce the pending bill, leaving aside the interests. One last proposal for the banks is to help moderate the expenses and costs involving the eviction.

Some commentators labelled the measure as ‘very British’. The reason is that the financial entities could adhere to the code voluntarily, but if they finally adhere or not will be treated as a public information. In order to foster banks adopting the code, they will be benefited with fiscal deductions for the losses they incur.

After the inicitiative’s announcement, the affected groups reacted immediately. The  Spanish Banking Association (AEB, in its Spanish acronym) questions the measure because it could trigger a ‘call effect’ that multiplies the volume of unpaid mortgages. The big sector’s names, Santander and BBVA have showed their figures as proof that they already meet somehow the proposed code recommendations: Santander has refinanced 8,000 mortgages from August valued at €1.390 million, while BBVA talks about more than 100, 000 debt restructurings.

Yet, what about the real victims of eviction? They have joined forces in the Platform for the Mortgage Affected. Their response to the government proposal is clear and direct:

“According to the information appeared in the media, what was supposed to be ‘measures’ will now be ‘recommendations’ for the financial entities: we do not need recommendations, but a law that ensures and protects the citizens’ basic rights.”

As expected, the Socialist Party has supported the affected, accusing the government to ‘create false expectations’ on the lieu of payment point.