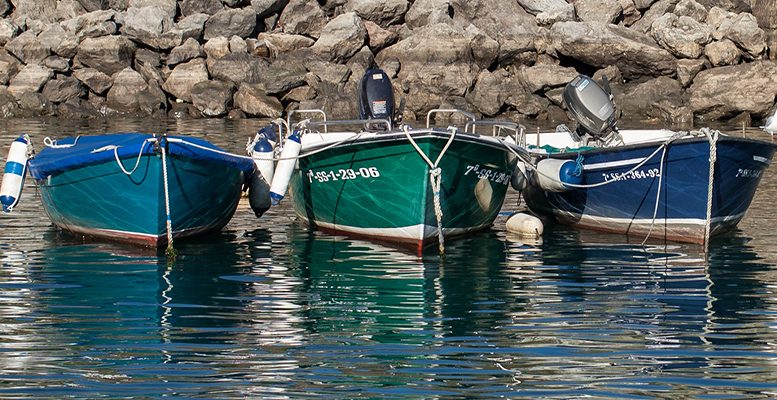 CaixaBank Research | The strong growth in international tourism which Spain has experienced is having a positive impact on economic growth and employment. However, it is also generating impacts on the resident population which are not always positive, as shown by the increasing congestion in certain parts of Spain caused by the high numbers of tourists. This has revived the debate over the need to move to a higher quality of tourism.
What do we understand by quality tourism?

Quality tourism is often associated with tourist expenditure. However, the definition of quality is, without doubt, much broader and includes environmental sustainability, which depends on other factors like geographical diversification or concentration and the ability to create quality employment , with skilled employees and low levels of temporary work, which is influenced, for example, by the level of seasonality. Below we evaluate how international tourism in Spain has evolved in each of these dimensions.

Spain is the second largest recipient country at a global level in terms of the number of tourists, behind only France, which received 86.9 million tourists in 2017. However, the absolute numbers are not a good reflection of the level of tourist concentration, rather it is better to relate it to the number of inhabitants of the country. Thus we observe that the tourist concentration is Spain is very high, to the extent that the entry of international tourists practically doubles the country´s population.

If we compare this figure with other countries, we see that Spain is one of the countries which receives most tourists in relation to inhabitants. So, while in Italy, the UK or Turkey, the number of visitors staying annually in hotels does not exceed the population of the country, in France and , especially, Spain the opposite is true.

If it is true that Spain receives a significant number of tourists, especially in relation to its population, it is also important to take account of the geographical distribution of these tourists. It is not the same if all these tourists are concentrated in one city, or spread through out the length and the breadth of the land.

In this sense, although tourism has grown throughout Spain, there are some areas, especially the major cities, which have concentrated a large part of the increase in tourism observed in recent years.

In particular, Madrid and Barcelona have seen how, in the last 12 months, the entry of tourists has gone from doubling their population to quadrupling it. Thus, the ratio of tourists to the resident population in Barcelona is one of the highest among major global cities, above cities like Singapore and London, and below only Paris, Dubai and Hong Kong. Even Rome and New York are lesser centres of tourist concentration, measured in terms of the number of tourists compared to the resident population, than Barcelona.

The consolidation of the high number of tourists who will visit the country in the next few years suggests that the concentration of tourists in the major Spanish cities will remain at levels close to those now, so efforts must continue to focus on designing strategies to optimise the geographical distribution of the tourists and attempts to reduce the excessive concentration in specific points or cities.

Another important factor in the definition of quality tourism relates to the seasonality of tourism, in other words the fluctuation of tourist entries over the course of the year.

Traditionally Spanish tourism, focused mainly on sun and sand, has been, by definition, seasonal. Even today, almost half of the tourists who visit Spain do so in the summer. This elevated seasonality has consequences for the labour market, given that it contributes directly to temporary work, as we discuss below. But, in addition, to satisfy the peaks in demand in the high season, infrastructure is created which is not used in the low season.

If seasonality in Spain is high and greater than in other countries like France, it has reduced slightly in recent years which means that Spain´s tourism is now less seasonal than Italy´s, as shown in the graph. Despite the encouraging evolution, seasonality remains a challenge for the tourist sector, which is why it remains vital to continue pushing less seasonal sectors, like business or gastro tourism, the diversification of tourist offers and the loyalty of tourists who arrive in Spain.

Quality tourism is also that which is capable of generating quality employment. In this sense, there are various factors which can influence the quality of employment, like, for example, the level of overqualification of the employees, the type of contract or wages.

Even so, the greater labour productivity of the Spanish tourist sector goes beyond the size of companies, as small Spanish companies are also more productive than their European counterparts.

Finally, quality employment is an employment in which ideally there should be a good match between the skills of the employee and the abilities required by the job he holds. In the tourist sector, a high percentage of employees have skills above the level of the work they are performing. In particular, and as shown in the previous table, 13.8% of tourism jobs requiring basic knowledge are carried out by people with a level of superior studies, which shows a high level of overqualification, especially compared to the 7.4% of the economy as a whole.

Lastly, but not least important, quality tourism should also be associated with a greater profitability. In Spain, income from tourism increased year after year, and in 2018 reached 62.481 Bn€. A large part of this increase is explained by the significant increase in the number of tourists in recent years. However, a not insignificant part is explained by the greater expenditure by tourists in Spain. In particular, the increase in the average daily spending per tourist explains a third of the increase in total tourist spending in recent years. Thus, the average spending per person reached 145.30€ per day in 2018, 12% more than in 2016.

It is worth mentioning that Spain receives many types of tourist, with very different patterns of behaviour. Global figures are therefore insufficient to evaluate the type of tourism we are receiving. An analysis of payments made with foreign cards in Caixabank´s payment terminals allows us to establish eight kinds of tourists in terms of their type of spending, trip duration, nationality and propensity for different kinds of spending.

The category that stands out for its greatest average spending per trip is “Hotel with card”, which includes those tourists who devote most of their spending on their card to paying hotels and restaurants. The majority come from France and the US and their average stay is a month. Similarly, the group of tourists “I want to know Spain” is also marked by high average spending, especially in restaurants. This group includes those tourists who make log trips, of approximately two weeks, given that they mainly come from America and take advantage of their trip to visit various regions.

At the other extreme is the “Low Cost” group, which are those tourists with the lowest average spending per visit. This category includes those tourists with an average stay of between 3 and 10 days and who spend mainly on restaurants and transport, and probably paid the hotel in their country of origin.

Also in this extreme the “Escapes and frontiers” group stands out, which has low average spending per visit mainly due to the short duration of their trips. This group is formed mainly by French visitors who often visit Spain and tend to spend most on their cards in shops selling food products.

In conclusion, Spain now has the challenge of consolidating a sustainable tourism model and solidifying the value offer towards quality tourism, especially in the areas of concentration, seasonality and employment. To this end the country should continue to focus its efforts on designing strategies which optimise the geographical distribution of tourists to reduce seasonality, starting with the diversification of offer and the loyalty of tourists who arrive in Spain.

*Photo by www.twin-loc.fr on Foter.com / CC BY