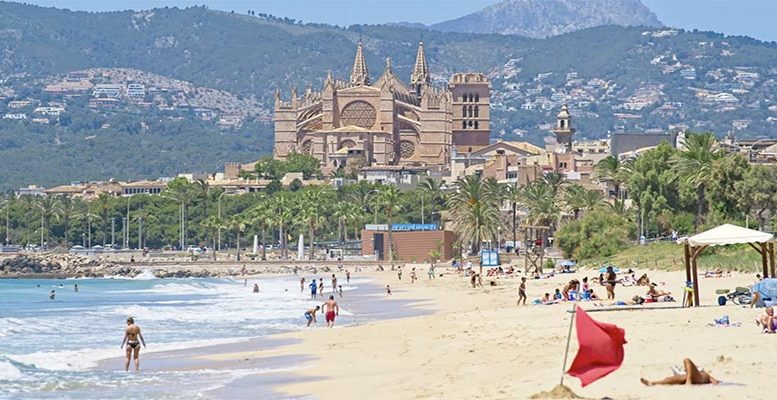 Posted By: The Corner 2nd September 2020

Dramatic. This is the best way to describe the decline of foreign tourism in Spain. The National Statistics Institute published on Tuesday the figures for international visitors between June and July. These showed that Spain has lost more than 16 million foreign tourists and over 19 billion euros in tourist spending.

In the month of July specifically – the first full month since the end of the State of Alarm – 2.46 million foreign tourists arrived in Spain, 75% less than in July 2019. Meanwhile spending stood at €2.45 billion, down 79.5% from a year earlier. It cost each tourist 17.8% less, on average 994 euros, for their stay. During the month, the entry of international tourists was specially affected by the quarantines imposed by several foreign countries. In July 2019, 9.87 million tourists came to Spain and spent 11.98 billion euros.

France was the main country of origin for foreign visitors in July, with 597,244 tourists, representing 24.2% of the total and a decrease of 58.4% compared to last year. Germany and the United Kingdom were the next in line, with 432,302 German tourists (65.2% less on an annual rate) and 377,886 British tourists (82.5% less). Normally, the British lead international tourist arrivals, followed by the Germans and the French. So we can appreciate the impact of the coronavirus here, as the declines are more pronounced in those travellers who arrive by air.