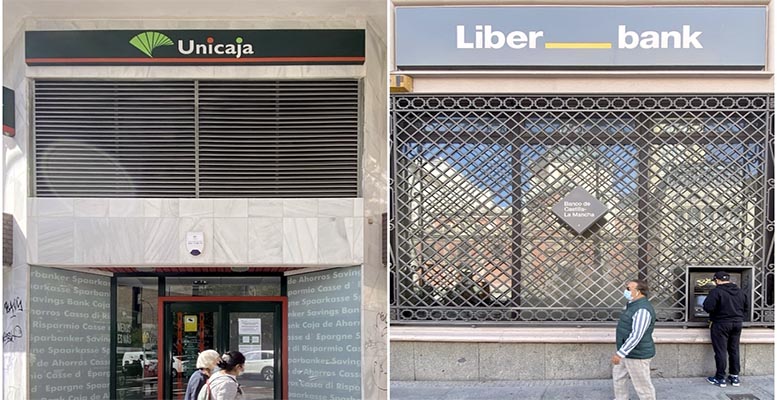 The new bank would have a network of 1,607 branches

Liberbank and Unicaja have announced they are once again in conversations over a future merger. In February, the two banks concluded possible merger contacts after failing to reach an agreement about the likely distribution of the shares of the new entity (there was talk of 60% Unicaja /40% LiberBank).

Renta 4 analysts believe that the probabilities of the transaction happening this time round are higher:

“Taking into account the new macroeconomic context. In addition, the Caixabank-Bankia merger has served as a turning point for the sector, along with the greater regulatory flexibility on the part of the ECB to facilitate operations.”

At current prices, Liberbank’s stock market capitalization is 0.67 times that of Unicaja. So technically, there would be a merger by absorption on the part of the former, which would control nearly 36% of the resulting group. This aspect is critical because it seems the merger negotiations were truncated in 2019 due to disagreements over the exchange equation. At that time, Liberbank wanted a 44%/45% stake in the new entity (compared to 36% at current market prices), but Unicaja did not want to go below 58%/60%.