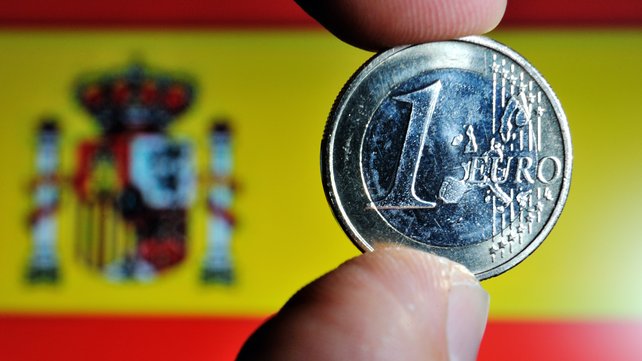 No wonder the finance Minister is adamantly opposed to reverse the tax hike presented as a temporary measure back in 2012. He even plans new increases in an attempt to bring down deficit to its planned 5.5% level.

This move comes as no surprise. Efforts to trim expenditure prove increasingly demanding. They also require deep structural reforms to curb items that stubbornly show an inner tendency to spin out of control. Tough measures have been undertaken to reduce the health bill and a pension reform is in the pipeline. But even a stiff pay slash, coupled with a pensions freeze in real terms have proved unable to redress public finances. Recession in the current year is thwarting any attempt to uphold fiscal targets, deficit running now runs as much as was predicted for the whole current year.

As recovery is expected to be rather muted, budgetary income will offer scant margin to revamp public demand. Consumption will maintain a downwards trend while net investment will once again enter into negative territory. A most worrying fact that may rapidly erode existing infrastructure, downgrading competitiveness. Central government budget amounts to little more than a huge clearing house transferring resources to regional and local authorities, social security and unemployment schemes, plus salaries and debt interests. In those circumstances, you cannot expect the public coffers to support business. Most incentives are provided through tax rebates lacking any effective check ensuring resources are channeled where real needs arise.

Only a set of ambitious reforms could change this state of play. A huge reshuffle in administration is badly needed. Yet plans up to now only tackle marginal inefficiencies. Massive expenditure in education and vocational training have hitherto flatly failed to match skills with labour market needs. Failure to enforce a fair public procurement policy doesn’t deliver value for money and too often leads to extensive corruption. Unless these blatant shortcomings are fully addressed, there is little hope public the budget could serve a useful purpose. The bonanza years’ bad habits are still too deeply embedded to contribute in shaping a pro-active growth strategy. Thus, the best course of action government can take to invigorate the economy is driving the budget to balance the sooner the better.