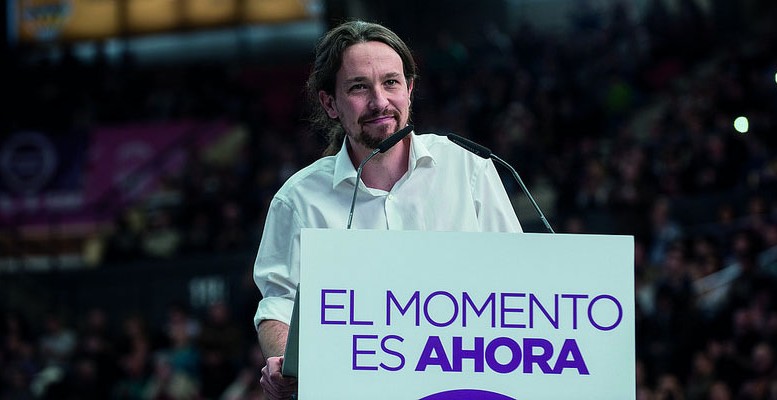 The utterly preposterous policy platform submitted by Podemos leaves no room for a left-wing grand coalition in Spain. Putting any sense of restraint aside, it joyfully endorses a free ride on the back of self-rule referenda likely to turn the country into a new Balkan cauldron. Furthermore, its economic proposals send shivers down the spine. Casting serious doubts on debt servicing can only plunge the economy into complete insolvency. Claiming that a clamp down on fiscal fraud, combined with extra income from implausible higher production levels, could close the huge deficit that an annual 2.5 % GDP public spending increase would entail, proves this party is too immature to share governmental responsibility. Its reckless recipes are only aimed at frustrating any hope the Socialist leader might have of forming a cabinet.

Podemos is betting on new general elections, gambling on gaining ground at the expense of its main leftist rival. But this strategy could backfire should voters penalise it for preventing a potential alternative to the ruling party. The Socialists and Ciudadanos will likely strike a deal, portraying themselves as the only parties striving to break the current political deadlock. Both believe this strategy could win them enlarged support should a fresh election take place.

In his bid for the premiership, Mr Sánchez is playing his cards cleverly. He has refrained from direct talks with Podemos, building on a solid understanding with the middle-of-the-road Ciudadanos instead. In this way, he will confront the extremist movement with the unpalatable choice of turning him down and casting ballots together with the right-wing Popular Party.

With everyone manoeuvring in a last ditch attempt to snatch pole position ahead of forthcoming elections, no serious negotiations can take place on alliances which could lead to the formation of a cabinet. So voters will probably have the chance for a second say just before the summer break. Let’s hope this time they choose a manageable parliament able to support a stable government. Anything short of that could severely jeopardise the current recovery, sending shock waves through the Eurozone.