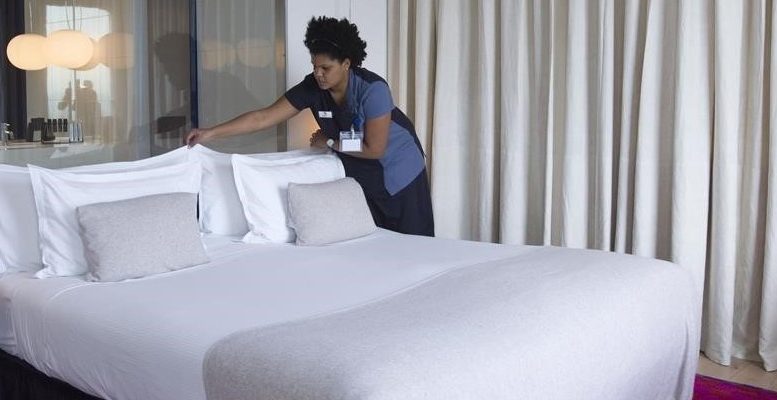 The evolution of wages in Spain has been characterised by its nominal containment in recent years, with important reasons why this should be, which we should follow as they still exist. Nevertheless, the times of wage containment are beginning to be left behind and adequate measures should be proposed such as the strong increase proposed in the minimum wage.

The behaviour of wages in Spain has been a recurrent question of debate in recent years, above all, once the expansionary phase consolidated, which already is beginning to lose force coinciding with the closing of the negative growth potential gap. The combination of the deterioration in employment, which from the maximum of 20.75 million in employment in Q307 has fallen to 19.52 million currently, with wage containment has meant that total wage remuneration amounted to 563.679 billion euros at the end of Q318 (aggregated over four quarters) compared to 559.777 billion euros at the end of 2008.

The decline in employment played a key role in these figures, but also wage remuneration, which grew at an annual rate of 0.5% in Spain between 2014 and 2017, compared to 1.1% in the whole of the Eurozone.

The keys to this gap in the evolution in the remuneration of workers in Spain compared to the Eurozone lie in the excess labour capacity, inflation expectations and productivity. In fact, according to data in the latest World Wages Report of the International Labour Organisation (ILO), our country has experienced a fall in real wages of – 0.3% per year between 2008 and 2017, compared with the rates for Germany (1.0%) and France (0.7%).

The decisive factor for wages is not the nominal figures, but rather the real figures, which grasp perfectly the process of internal deflation which Spain has experienced to regain lost competitivity. Alright, in a country which has had to carry out this brutal adjustment and again is experiencing problems of productivity, we should raise the impact of the decision to raise the minimum wage to 900 euros in 2019.

The ILO itself favoured an increase in the minimum wage, basing itself on the slight improvement in productivity over the last two years. In the same way, the OECD also favoured the government’s decision, given that it will allow the percentage the minimum wage represents of the average wage in Spain (34%) to close on the levels in other countries (39% in Holland, 43% in Portugal and 50% in France). In the words of the Secretary General of the organisation, Angel Gurria, this step would allow “a minimum of social protection would avoid extremely precarious jobs where families cannot enjoy a dignified life even when in employment”.

On the other hand, other organisations are more critical of the increase in the minimum wage, arguing that it will have a negative effect on employment. Specifically, the Spanish employer’s body and the Bank of Spain argue that it will increase labour costs for the most vulnerable sectors (the young, the old, part time, recently entered the labour market, unskilled) and associated costs, which will mean an obstacle to them remaining in, or accessing, the labour market. In this sense, the Bank of Spain estimated that a total of 190,000 jobs would be affected by a reduction in working hours, or be suppressed altogether.

At Intermoney we have previously defended the need to increase wages whenever possible, given that Spain is a country where household consumption amounts to almost 60% of GDP, and where inequality has increased markedly, an aspect which should not be hidden as it is essential to the social stability key to the economy. Therefore, the first point is whether the proposed increase in the minimum wage is possible, and this forces us to tale account of two important factors.

On one side, the increase in minimum wages is occurring when the Spanish economy is decelerating and a weakening in productivity. As a consequence, increased labour costs could have a negative impact on maintaining certain jobs, as well as the creation of new jobs. On the other hand it should be highlighted that the minimum wage fixed for 2019, 900€, represents a leap of 22.3% compared to 2019; frankly a high percentage if we compare it with the variation in previous years, which, at most, reached 8%. The fall in the excess labour capacity and the perceived increase in inflation support the the increase in wages, but don’t produce the most important aspect: a solid advance in productivity to accompany the wage increases. In Q318, unitary labour costs increased 1.1%, the highest level in almost 4 years.