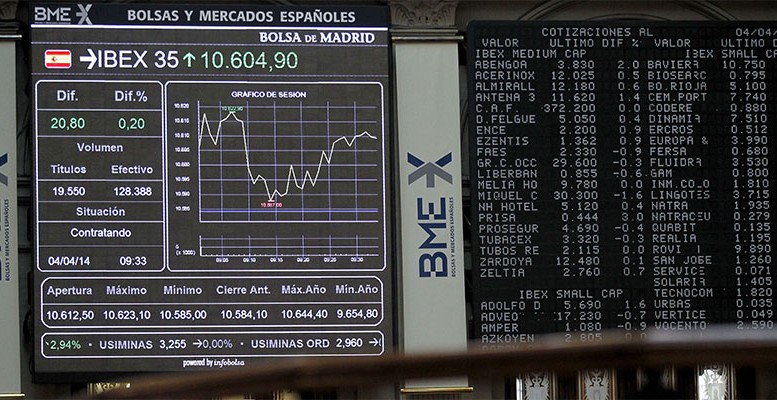 Analyst consensus is unanimous. Stock markets will continue to rise in 2017 and, so they say, Spain’s Ibex 35 will be the strongest performer. While other European markets could see rises of between 8%-10% this year, some analysts predict the Ibex could climb above the 11,000 level in 2017. If this is the case, the revaluation would be a spectacular 15%-16%.

So why are analysts optimistic about the Spanish stock market index, given that, in reality, they have been saying for many years that “now it’s definitely time,” this year the index will go up, when we know this hasn’t been the case? The first thing is that at the moment the Ibex is possibly cheap. The valuations of many companies are far off 2008 levels. A lot of banks, for example, are trading below book value. Furthermore, while the Dax gained 6.3% over the last year, and the Dow Jones no less than 13.4%, the Ibex 35 ended 2016 with an over 2% decline.

Another factor is that the recovery in the index in the second half of the year was so buoyant that it’s logical market operators and observers’ expectations are fuelled. From July to December, the Ibex index increased by no less than 22.3%, going from 7.645 to 9.352 points. And there is no doubt that there are some more or less reasoned explanations for this performance.

Some analysts have explained that the recovery over the last months, particularly the peak in December, is the result of the fact that Spain’s lack of government has now been resolved, with Mariano Rajoy back at the helm. The problem is that other European markets also experienced this peak, including the Dax and the Cac.  And even if this was true, the impact of a stable government on the markets, which will already have been well discounted, it would not be enough to keep pushing indices up.

The reality is that there is starting to be a convergence of positive data, some global and some domestic, which is providing a clearer outlook for the economy and for companies. Above all, it’s hoped that 2017 will be a much less politically turbulent year than 2016. And, despite elections in Germany and France, and the ‘Brexit effect’, everyone believes this will year of solid growth in Europe. So far, unemployment in the Eurozone has fallen from 10.5% to 9.8% in November from a year earlier.

Companies are going to make money, around 10% according to different estimates, not just because of the growth in our region but also because some of the main emerging markets are beginning grow again, while doubts over China have been dispersed.

There are also expectations for a firm uptick in inflation, which is already happening (1.1% in December in the Eurozone). And this will be even stronger in the US due to Donald Trump’s plans to invest in infrastructure projects and increase public spending (and debt).

The rise in the price of oil, which has gone up nearly 100% in value over the year to $51-52 (Brent), also driven by OPEC’s decision to cut production, is turning out to be positive for both the producing countries’ economies and the stock markets. Oil stocks have soared in Europe (23% rise), and they have substantial weighting in the indices. Repsol, for example, which is also benefiting shareholder Sacyr. The oil giant’s stock price rose 32.6% last year.

And the same could be said about raw materials – with a big presence in the London market – which, after many years of declines and stagnation, are also seeing their stock prices starting to recover: this is behind the rally in Spain’s Acerinox.

We mustn’t forget that inflation and the certainty of rate hikes – a phenomenon which has also been triggered by Trump in the US – is good news for the banks. Irrespective of the fact that, in the end, the Monte dei Paschi crisis has been quelled, with the public bailout – and the banks’ situation is a lot better than some years ago due to the regulatory measures implemented – they have already begun to benefit from the improved outlook for inflation and interest rates. For now, the yield on the German bund has already gone from -0.18% in July to 0.2% at end-year.

All this explains why the European banks are benefiting from this new environment. For the first time in many years, they managed to close the year with gains on the stock market, in fact a rise of 22%. The same thing is happening in Spain, where the banks’ weighting in the Ibex is excessive. If they had not improved their performance, the index would not have risen the way it has since July.