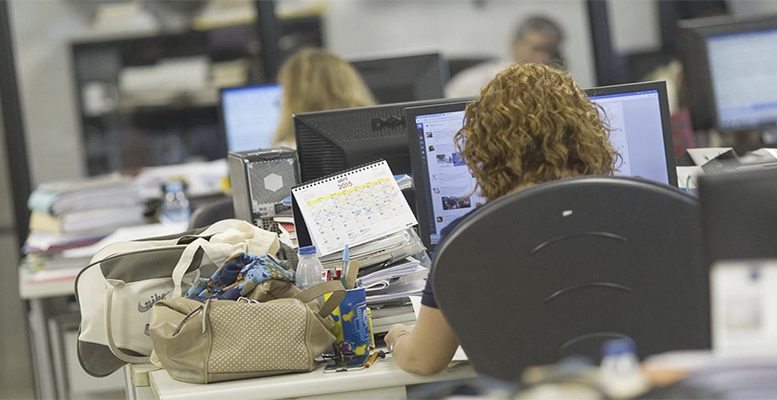 International organisations and the leading research departments are revising their growth forecasts upwards for the Spanish economy for this year and 2018. But at the same time, they note that this recovery is not reaching most wage earners. The latest OECD report has once again pointed this out: “Spain is enjoying a solid economic recovery…Although poverty has also increased mainly due to the lack of quality which provide enough hours of work and adequate income.”

The statistics from the National Statistics Institute (INE) show that remuneration for wage earners was what worst hit during the crisis (from 2008 to 2013), with a loss of income at current prices as a whole of 77 billion euros. Since then, only 33 billion euros has been recovered. Now there are less of us in work and, furthermore, those of us who are working are earnings less.

The sharp decline in salaries was concentrated in construction and industry. And neither of these sectors has recovered in the last few years. It was slightly better in the services industry, which accounts for 80% of the salaries paid in Spain.

The OECD has increased its growth forecast from 2.3% to 2.5% for this year (some analysts have raised it to 2.8%), although insists that the quality of employment has to improve: “It’s fundamental for Spain to get more people into the jobs market, and that the advantages of growth are shared out to a greater extent amongst the population.”

The problem of inequality is joined by the problem of low productivity as a consequence of the high level of temporary employment. The OECD, headed up by the Mexican Ángel Gurría, states that the problem is the result of “a low level of business innovation and entry barriers for those who want to create a company and make it grow.”

In 2016, Spain registered a moderate increase in productivity, achieved with solid GDP growth and not thanks to the destruction of jobs as happened in the crisis. The Spanish economy has succeeded in maintaining its levels of competitiveness due to a large extent to the fact that salaries have been contained.