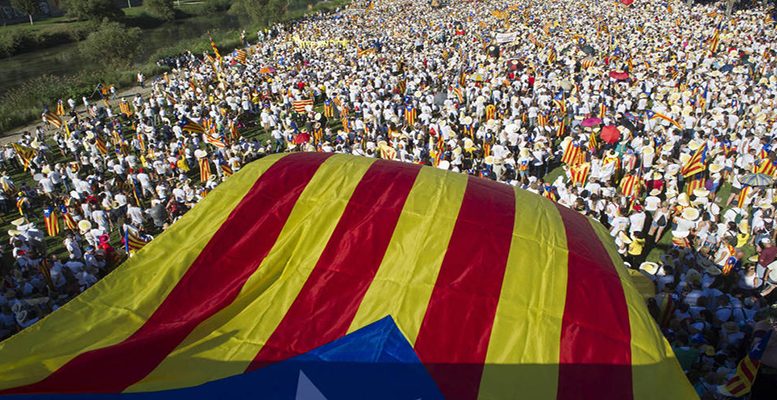 The tribe of international journalists who always camp out in areas where something is going on have landed in Barcelona, where extraordinary events are taking place. The first problem is how to formulate the questions in order to try to find the answers. What’s happening in Catalonia? The narrative put together by those in favour of independence is quite incredible: how is that so many Catalans feel so badly treated in a democracy like Spain’s? How has this gone so far? Is there a possibility that we are on the eve of a unilateral declaration of independence? How is that the government’s account of things is so weak or it doesn’t even have one? Has the rule of law and liberties broken down in Spain?

Aspiring to hold a referendum without any legal backing, unconstitutional, and which the police have to prohibit with a court order serves as an argument for social mobilisation. And this is trying to overwhelm the constitutional order, as well as the sovereignity and unity of Spain. Will this incredible crisis be resolved at a price the Spanish government is able to pay in fiscal terms, with more autonomy for Catalonia? Where have things got to? The economic issue is not really important, feelings go far beyond an agreement signed at a desk. Social mobilisation, based on a discourse which is littered with lies and fallacies which have not been debunked in time, can’t disappear in a few hours or days, ending up in a political negotiation process.

Manuel Valls, former French prime minister, Catalan by birth, has just said that the crisis in Catalonia threatens the stability of Spain and even the European project. At this stage in the game,  moving borders and taking the rule of law out beyond to the heart of the European Union means turning the whole project upside down.

Brexit was child’s play compared with what could happen in Catalonia. Brexit was a referendum which was a legal as it was a devious; the secessionist attempt has a much greater impact because it goes against the constitution and crosses into an area called insurrection. What will transpire today and on Monday? Will the insurrectionists assert themselves over the State, the judges, the police and government?

What does seem clear is that the current protagonists in the drama are not really capable of managing later negotiations which harness aspirations, while giving stability back to Catalonia and Spain. There are reasons to believe that what is happening at the moment will lead to different electoral processes in Catalonia and Spain, creating a new political and parliamentary map capable of engaging in talks which are led by the head and not by the heart. But this requires another narrative and agreement on what Catalonia is and can be and what Spain is and can be.