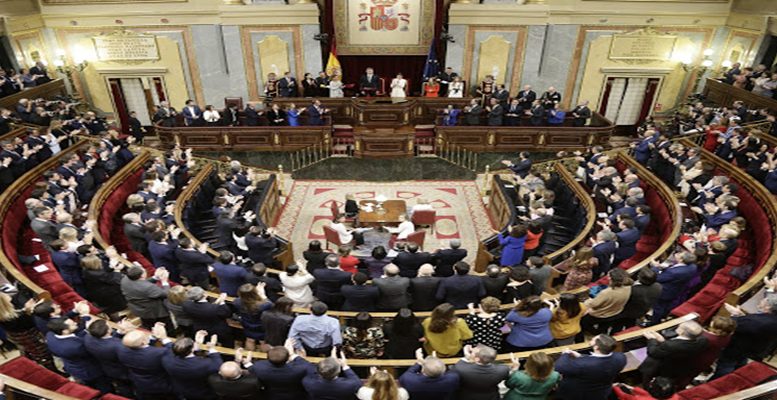 Fernando González Urbaneja | How is it possible that, burdened by an unprecedented pandemic, an intense recession and historic EU aid, political groups with power or influence are incapable of reaching a minimum of hopeful consensus? A reasonable explanation would be the mediocrity and selfishness of the leaders. There are data and trajectories that support this explanation. The absence of clear, firm, reasoned strategies for most of the known problems that hinder growth is obvious.

The message, the demand from institutions and personalities to politicians of all parties is unanimous: you must agree on something; reach a consensus on some policies and strategies; think of the common good rather than your own personal interests or that of parties. This is also the message left by the President of the European Commission when she gave Sánchez, with many mutual smiles, approval for the Spanish recovery plan drawn up at the Moncloa. The same message from the Catalan businessmen gathered together these days by the Círculo de Economía; also that of the governor of the Bank of Spain in his successive reports. As well as that of other independent civil institutions and of a multitude of personalities in the professional sphere…

A glaring example is the management of electricity tariffs, with steps forward, steps backward, trial balloons, silences… that indicate a lack of criteria, of policy. Within the Council of Ministers, the discrepancies are astounding, they occur after adopting agreements which then go down badly with public opinion. Either they do not know how to explain what they are deciding, or they do not share it, or they simply have no idea what they are dealing with.

The first vice-president is responsible for coordinating the government, preparing the meetings and decisions of the executive. However, her public commitment is, fundamentally, to act as the opposition’s opposition; disqualifying, criticising… and not explaining and defending the government’s decisions.

More serious are the noisy disagreements, more rhetorical than profound, regarding the strategy against the pandemic. They have disagreed on matters that were not even debatable, with changes of criteria in just a few days, and an obsession with disagreeing rather than resolving.
The government, or rather its president, is trying to present this as its own affair, a merit of its management, in the face of an opposition that is permanently against it, even on aspects that are not debatable.

The tension, the maximalism, the perpetual confrontation is not exclusive to Spain, it is not a peculiarity, but here it is taking place more intensely and relentlessly. While in other countries, from Italy to the United States, decisive cooperation biases can be perceived, here there is no change of strategy. Casado’s PP would have to review the effectiveness of a confrontation, as would Sánchez himself.