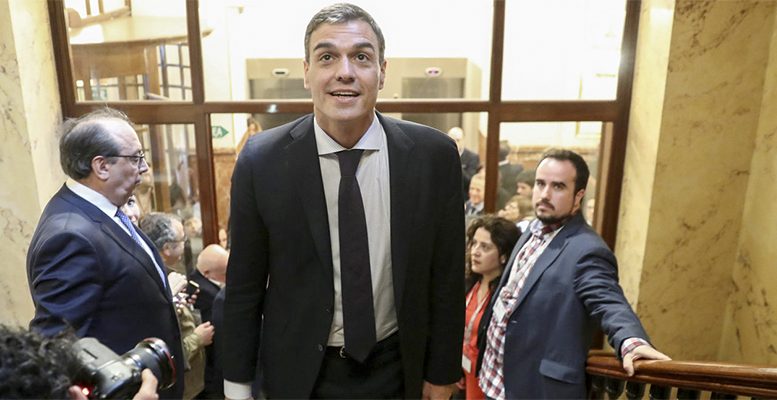 Fernando G. Urbaneja | The Constitutional Court has declared unconstitutional the Government’s implementation of the State of Alarm to decree the confinements… An old principle of good government (and of journalism) dictates that when in doubt it is advisable to abstain. In other words, to behave prudently, because there is no better solution to a problem than to avoid it. There was a risk of unconstitutionality in the alarm decrees, warned of from the outset; opinions were divided amongst constitutionalists, but there were well-founded expectations that it was not the right rule. It was not, narrowly, by 6 votes to 5. But the majority decided the chosen rule was not constitutional and that there was no appeal and no way back.

The government responds that this is an “unprecedented” (new, unpublished) decision; of course, it is obvious; the adjective adds nothing, it is as innocuous as it is iniquitous. Worse still, it highlights that the government is very weak on legality and realism. Perhaps those in government thought the Constitutional Court would not dare overturn (repeal) such a relevant norm as confinements by way of the state of alarm.

The magistrates’ reading is more legal than political, more structural than circumstantial. And they have decided what seems to them to be in accordance with the law. Debatable, but the democratic game establishes that a majority of magistrates is the one which interprets the Constitution.
It means the government has received a tough failing grade, especially the former vice-president Calvo. She bore the legal weight of this, carrying out the discreet and intentional pressure on the Constitutional Court to avoid the suspension. The lawyer Bolaños does not come out of this well either. As secretary general of the government and Sánchez’s lawyer of choice, he should have warned of the risks and recommended caution.

The worst consequence of the ruling is the government’s loss of prestige, which it will try to avoid by attacking the High Court, which some will accuse of being biased and politicised. In other words, it will try to wriggle out of government responsability, which is the cause of the disaster. This is not the first legislative setback for the executive; there have been several blunders with hasty, arrogant or abusive laws. Too many substantial errors of concept, of the kind that weaken democracy because they go against the rule of law and the principle of restraint in the exercise of power.

They said the Prime Minister was tired of Carmen Calvo’s arrogance and incompetence, but that this cannot be said in public. Calvo’s mistakes belong to her boss, to the PM, who is primarily responsible for the council of ministers’ decisions. But nothing will happen, more appeals against sanctions, some more or less justified claims against the state. In short, sound and fury that does not do any good at all.