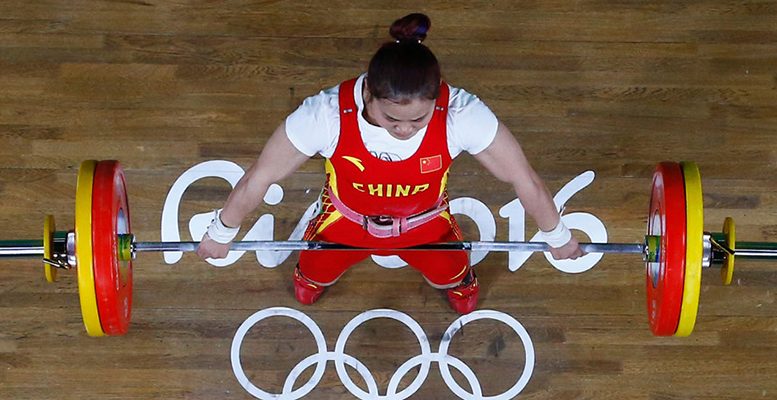 But the price paid by this 23-year old from an impoverished village in western part of Fujian province was a steep one, as it is with many athletes.

For a while, Deng made national headlines and was praised for her perseverance and hard work, it was also revealed that she had not been able to visit her family for the past 10 years. They just recently bought a television in hopes of catching a glimpse of her.

Some might hold Deng up as a hero with fighting spirit or think her sacrifice was worth it, given the honor and the fat financial reward that are associated with an Olympic gold medal in China. Others see her life as a tragedy.

I have mixed feeling about young athletes compelled to spend much of their juvenile years away from their family, and the love only it can provide.

Deng is not an isolated case in China’s state-run sport system. Many Chinese weightlifters have shared a similar trajectory. They often come from impoverished families in some underdeveloped region, are found to have athletic potential and are taken away by sports authorities at an early age and put into intense professional training for many years.

Wu Chao, a Chongqing boy, was taken away by sports officials at age 11 and put into a training camp for weight-lifters in the northern province of Shanxi, according to a China Youth Daily report back in 2012. He could barely recognize his mother when they finally met for the first time ten years later.

And the rewards never came for Wu. He never made the national team for the 2012 London Olympics, nor other championships either. In fact, he has not been heard of since.

When you talk to these teen athletes, they will tell you that there is something worse than the emotional isolation of being separated from their families for years, worse than the frequent physical injuries. It’s the fear that one day they will be sent packing.

They fear the possible devastation that one day they will wake up to the reality that they will never make it to the top and that nobody cares about what they have gone through and how they are going to lead the rest of their lives.

No one knows how many of these young athletes have faded into oblivion after failing to make it to the top echelons of their sport.

To many, Deng will appear lucky because her sacrifice seems to have paid off. But I’m not a fan of such sacrifice of family ties in exchange for sporting excellence. Think of it, even the less fortunate migrant laborers try by whatever means they can to visit their families at least once a year.

There is no substitute for parental care and the family bond. Sport at any cost is not the sport we should cherish nowadays in China, or the rest of the world, because it puts cut-throat competition ahead of compassion. It violates one of the very goals of sports – to improve both our mental and physical wellbeing.