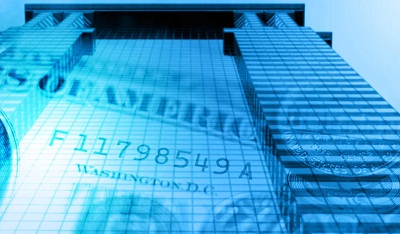 NEW YORK | Last week 15 major banks, including the nation’s three largest institutions, JPMorgan Chase, Bank of America and Citigroup, which together have more than $6.4 trillion in assets, suffered credit ratings cuts by Moody’s. No matter their efforts to strengthen their operations since they received a warning in February, their core businesses still present structural weaknesses, the ratings agency said.

Bank of America, which owns Merrill Lynch, and Citigroup, which has a large investment bank, were cut to Baa2: their creditworthiness is now at the lower end of the investment grade, just two levels above junk. Morgan Stanley was downgraded to Baa1, three notches above junk, and Goldman Sachs was reduced to A3.

For now, investors aren't worried, but those downgrades will have painful effects for the banks in some areas:

Short-term borrowing. Banks will need to pay more to borrow because investors will demand more interest when they lend them money.

Clients might now demand better terms like increased collateral in order to protect themselves. So it's give up the business or go face weaker profits. Each notch in the ratings scale triggers automatic requirements for additional money a bank must set aside in reserves.

The industry gap will widen and so will the competitive dynamics, since some banks got hit harder than others. For example, in the derivatives. To help insulate their profits f

rom a downgrade, many Wall Street firms locate derivatives trades in bank subsidiaries backed by government-insured deposits. As a result, these subsidiaries have higher credit ratings than the parent companies. Currently Citigroup, Bank of America and JPMorgan Chase have more than 90 percent of their derivatives in such subsidiaries. Morgan Stanley only has 5 percent. According to experts quoted by the New York Times' Dealbook, the banks already have every incentive to use their bank subsidiaries, but it’s even greater after the downgrades.

At least in the short term, the downgrade is likely to have little effect on consumers. Bank deposits up to $250,000 are guaranteed by the Federal Deposit Insurance Corporation. Analysts predict that American citizens will see the same low yields on certificates of deposit and savings accounts, and low interest rates on mortgages, if they can qualify, of course (note that for millions of first-time home buyers it is extremely hard to get a home loans unless they have stellar credit, a steady employment history and at least 20 percent of the home loan in cash).

That being said, this rating change comes at a time where banks try to squeeze as much income as they can, since the new regulations after the crisis have eliminated many fees they charged on credit cards and checking accounts.

They have also been banned from making lucrative bets in the stock and bond markets.

“Banks are going to figure out a way to extract revenue from the customer in any way, shape or form,” concludes Stanley J.G. Crouch, chief investment officer at money manager Aegis Capital to AP.